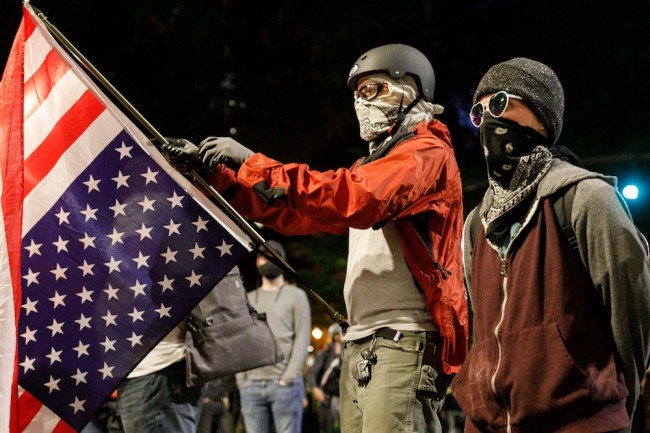 For those people not paying attention to the unrest in Portland, another day and night of protests rages on in Seattle.

According to CNN, at least 45 people were arrested on Saturday on charges of assaulting officers, obstruction and failure to disperse.

Police said protesters threw large rocks, bottles, fireworks, and other explosives at officers, with officers chucking projectiles of their own.

A few of the protestors realized that catching tear gas canisters is probably dangers so they brought their lacrosse sticks instead.

Watch closely in the upper right-hand corner of the video as one lax bro catches a canister mid-air and tosses it back at the police.

This protester just caught a tear gas canister in MID AIR with a lacrosse stick and sent it back to the feds… LEGENDDD 👏🏾👏🏾 (captured by – @Veteran4Peace_) #portland #PDXprotest #WallOfDads pic.twitter.com/sdZLpL6t1p

This lax bro isn’t the only protestor who brought his stick to the party. Here’s another protestor scooping up a tear gas can and sending it back over.

I am still out in front of the Federal Courthouse, where the feds just sallied out. They were forced back inside by, among other things, a man with a lacrosse stick. pic.twitter.com/CBX96V7TJB

The six-block area known as CHOP was taken over by protesters after police abandoned their precinct — the Capitol Hill Organized Protest or Capital Hill Autonomous Zone – as demonstrators demanded justice after the death of George Floyd.