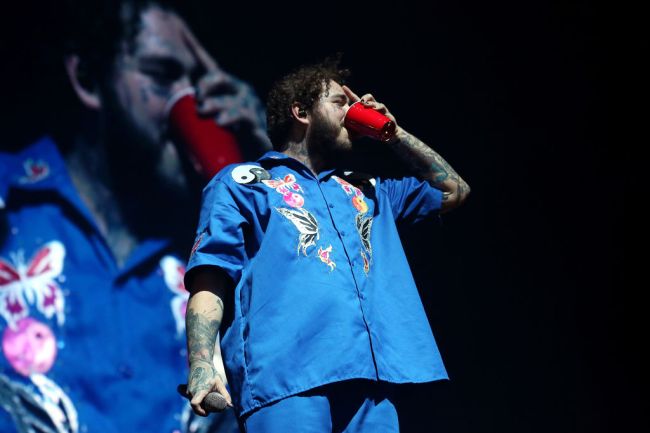 Post Malone is a talent that stretches beyond genres, or even a true understanding. He is such a deeply unique individual that does things his own way and doesn’t get the credit he deserves as one of the best musicians to ever do it. When people look back on this era of music, Posty should be at the top of the list. Not only has he reached the top of the Billboard charts on multiple occasions, but there is literally no one else you can compare him to. Just try… you can’t.

While you might know Post for his hits like “White Iverson” and “Sunflower,” what you might not know is that he’s actually an incredible vocal talent and guitar player without autotune or any of his trademark post-production sound. Before he was “Post Malone,” Austin Richard Post was a long-haired, tattoo-less musician from Grapevine, Texas who was just trying to make a career as an artist. Interested in all genres of music, his emphasis was on alternative and soft rock. His now-viral cover of Bob Dylan is the perfect introduction to his raw talent.

The rest of the Malone’s rise to stardom is a story worth checking out. But to summarize— he eventually moved to Los Angeles, used a name generator for his rap name, ended up on Post Malone, and hit it big. The 25-year-old is now one of the biggest recording artists on the planet, but he hasn’t forgotten his roots.

Matthew McConaughey held a virtual benefit concert to raise money for Texas winter storm relief after his home state was hit with one of the worst winter storms in almost a century on Sunday night. Post was one of the many performers in the all-star lineup, and he scaled it way back with a pair of tremendous covers alongside the legendary Dwight Yoakam’s band.

With a cigarette in hand and a camouflage hat on his head, he joined first laid down a rendition of Brad Paisley’s “I’m Going To Miss Her.” The song is very funny. A wife tells her husband that he has to choose between fishing and her. Let Posty tell you what he chooses:

While his take on one of country music’s highest-selling artists was great, Malone followed it up with a killer cover of Sturgill Simpson’s ‘You Can Have The Crown’ as the closing credits rolled. Simpson’s alternative rock twist on bluegrass suits Malone’s voice perfectly and he took the night home.

Other highlights from the night included Willie Nelson, Kacey Musgraves, George Strait, Miranda Lambert and Khalid, amongst others. Malone teased some “redneck shit” with Billy Strings late last year, and Sunday’s concert is only a reminder of the greatness that could come from Posty crossing over into the bluegrass, country and western side of the industry. We can only hope.