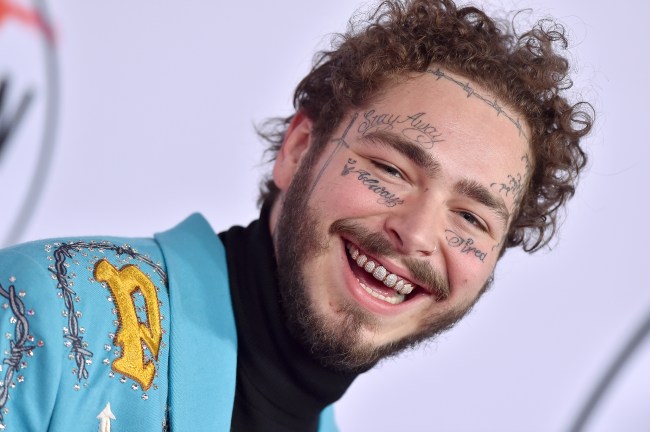 Post Malone is a known car collector. From exotic supercars to tricked-out easy-riders, it’s always worth keeping tabs on Post to see what he pulls up in next.

According to the Dupont Registry auction page, it looks like Post has decided to part ways with one of his most prized cars—his one-of-one white 2019 Bugatti Chiron.

There’s no reserve on the Bugatti Chiron currently, but considering its rarity and history of being featured in some of Post’s biggest music videos, the final sell price will probably be well over seven figures.

Post seemed to have acquired his 2019 Bugatti Chiron from a dealer by the name of OG Prestige Auto back in 2019. They have a couple of YouTube videos up talking about the sale, as well as a few posts on their social channels.

Here is a sweet reaction video of Post driving his Bugatti for the first time.

Post even flexed his Chiron in the official “Saint-Tropez” music video.

“I'm in Saint-Tropez, I had to check wrist. I just bought my girl a new necklace. One, two, three, four, five, six. I'll take 'em all, don't matter what the price is (What the price is)”

Another fun fact about the Chiron is it made an appearance in a video by Stradman last summer—a well-known car collector and YouTube influencer.

Simply put, the Chiron is in a world of its own. The French hypercar packs a mind-numbing 1479 horsepower and 1180 lb-ft of torque thanks to a quad-turbocharged 8.0-liter W16 engine.

The Chiron has an all-wheel-drive system to keep it snug to the pavement. It can go 0-60 MPH in 2.5 seconds and reach a speed of 250 MPH.

The sticker price for a Bugatti Chiron is typically around $3 million. Post had an additional $150,000 of options loaded to his. In fact, his Chiron is a one-of-one spec.

Only time will tell what the sale price of the Chiron will be. If we had to make an educated guess, we’d say it will at least achieve the $3 million dollar sticker price the Chiron usually costs to get new off the lot.

The car only has 586 miles on it and has been kept in great condition.

Time to do some daydreaming. Queue the “Saint-Tropez” music video again.