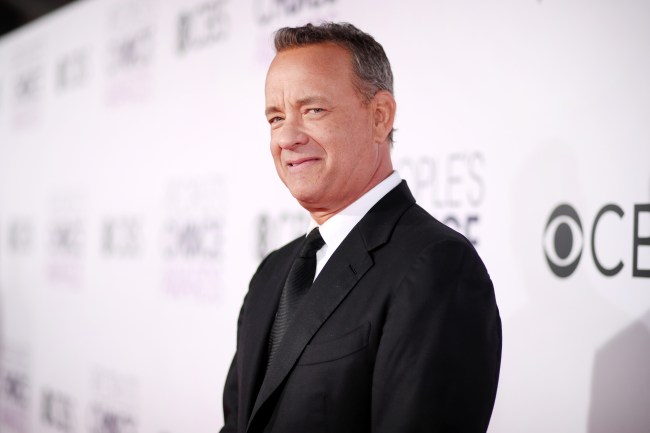 Tom Hanks’ 1974 Polski Fiat 126p is live for auction right now over at Bring A Trailer. While many might have heard about Hanks’ love for collecting typewriters, he’s also a car enthusiast. Last summer, his custom 1993 Airstream trailer was auctioned off at a Bonhams event.

Now, Hanks is auctioning off his beloved Fiat 126 to raise money for the Elizabeth Dole Foundation and its Hidden Heroes Campaign. Hanks is a chair of the nonprofit that provides resources and support to military families caring for loved ones who were wounded in service.

Right now the bid sits at $57,000, which has likely already surpassed the highest price ever paid for a Fiat 126. The full sale amount of the 126 will go to the foundation.

Story of How Tom Hanks Acquired the Fiat 126

According to an article by The Drive, who likely pulled information from this article from the Polish publication Dziennik Zachodni (translates to “Western Journal”), the Fiat was gifted to Hanks by a group of Polish individuals back in 2016.

It’s no secret- we 💙 Tom Hanks! Over the last decade, he’s helped us spread the word about military caregivers & our mission to create a better nation for them. Now, he’s auctioning off a one-of-a-kind Fiat to keep our support military for families going: https://t.co/sVTwVf1rNf pic.twitter.com/4rjpQjLVvk

The story begins with Hanks documenting a trip to Budapest on Twitter. Throughout several of his stops, Hanks posted to Twitter photos of himself grinning next to street-parked Fiat 126s.

So excited about my new car! Hanx pic.twitter.com/e5es8RoR1s

I got a new car! Hanx pic.twitter.com/kzij8QEIyo

I'm so excited about my new car!! Hanx. pic.twitter.com/rNelj4qj9v

Hanks’ posts caught the attention of a woman by the name of Monika Jaskolska. Jaskolska was a fan of Hanks and resident of Bielsko-Biala—a town in southern Poland.

The Fiat 126 was built in the same town during communist rule, and so the car was a point of pride in the community and in its history.

What happened next was Jaskolska decided to round up a group of people to fund the purchase of a Fiat 126 to gift to Hanks.

Here is a hilarious video of what seems to be Hanks leading a convoy of Fiat 126s in Bielsko-Biala back when he received the car.

12-inch steelies white steelies are outfitted as the wheels, and inside the driver’s door is the signature from the man himself.

There’s also a “Bielsko-Biala for Tom Hanks” badge and a “One of One” badge that exists on the car. They were placed there when Hanks was gifted the car.

What do you, Tom Hanks, and a Fiat have in common? You can all help us create a better country for our #hiddenheroes, veterans, families, & survivors! See how you can help make a difference for the military community: https://t.co/sVTwVf1rNf pic.twitter.com/RjQwiAjLXL

And for the engine, a rear-mounted 594cc inline-twin churns out a serious 23 HP and 29 lb-ft of torque.

If you’re thinking this would be a great vehicle for Jerry Seinfeld and Tom Hanks to hop in for a Comedians in Cars, you’re not the only one.

The Elizabeth Dole Foundation sent out a tweet tagging Seinfeld, cheekily hinting he should do one last episode of the show in the tiny 126.

@JerrySeinfeld would you make one more episode of Comedians in Cars getting coffee if you could do it in this one-of-a-kind Fiat made for our friend @tomhanks? https://t.co/sVTwVf1rNf pic.twitter.com/1C192AhRq8