Jerry Seinfeld Will Make His Directorial Debut Helming A Movie About… Pop Tarts! 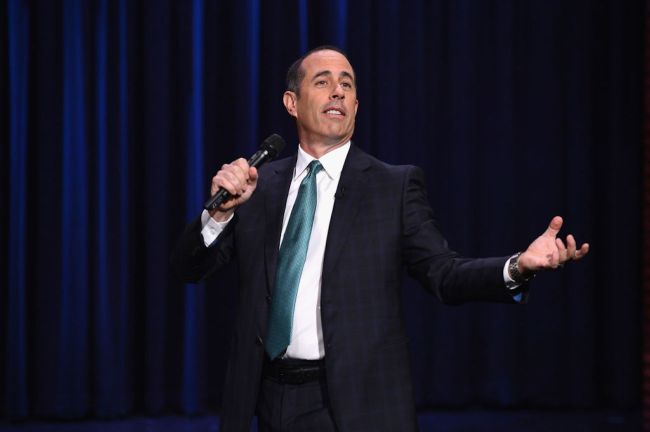 What’s the deal… with Pop Tarts?! That’s apparently a question on the mind of legendary comedian Jerry Seinfeld, as the 67-year-old will be making his directorial debut by helming Unfrosted, a film about the creation of Pop Tarts. Netflix won the auction for the film and has committed to beginning production next spring. Netflix, of course, will also become the streaming home of Seinfeld beginning in September.

According to a report from Deadline, Seinfeld will not only direct but will also star in the film, which is based on his famed Pop Tart joke from his stand-up routine. While Seinfeld most recently used the joke in his 2020 Netflix special 23 Hours to Kill, the bit has existed for much longer than that, as he previously broke the joke down for The New York Times back in 2012.

“Stuck at home watching endless sad faces on TV, I thought this would be a good time to make something based on pure silliness,” Seinfeld said in a statement. “So we took my Pop-Tart stand-up bit from my last Netflix special and exploded it into a giant, crazy comedy movie.”

Unfrosted will also mark Seinfeld’s first appearance in a feature, non-documentary film since 2007’s Bee Movie, the extremely bizarre DreamWorks Animation film that has since achieved bonafide cult/meme status on the internet.

Little sidebar here, I did some reading on how/why Bee Movie has become a mainstay of subversive internet humor and my findings are genuinely fascinating.

Speaking to Vanity Fair for a 2016 article about Bee Movie‘s bizarre afterlife, Jason Richards — the genius behind the @Seinfeld2000 Twitter/IG account — had a couple of theories. First and foremost, Richards says the “off-brand Pixar quality” of the film “kind of lends itself to memes.” Shrek and the Minions, for example, share some of those same meme traits.

Richards also believes the millennial audience is one of the driving forces behind the meme, pointing out that the people who saw this movie as a kid are now adults and are therefore able to dissect its flaws:

“As adults, they’re starting to see the flaws” of the film, he explained—”just the weirdness of it that you wouldn’t watch [with] a critical eye as a child.” They’re also old enough to know that bees are dying globally at an alarming rate, which might give the meme a bit of extra urgency.

Inverse published a similar meme-vestigation back in 2017, ultimately concluding that Bee Movie‘s internet staying power “was a reaction not just to the movie itself but to the realization among millennials that they’d been shown a truly odd movie as children and thought nothing of it.”

Not to get your hopes up, but a movie about the making of Pop Tarts with a late 60s Seinfeld acting in front of the camera for the first time since his iconic 90’s sitcom sounds like it might have equal meme potential. In the meantime, though, simply enjoy Barry B. Benson asking if “ya like jazz?” 1,073,741,824 times.