The $344 Million Powerball Winner Picked The Numbers From A Fortune Cookie, Because Of Course He Did 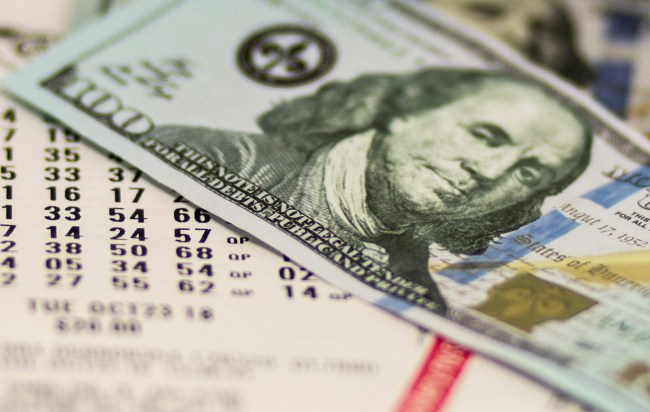 Most Powerball winners have some random story about where they came up with the idea to select their numbers. Things like birthdays, lucky dates, phone numbers, how many divorces they’ve had — OK, I made that last one up, but you get the point; it’s a total crapshoot when it comes to playing (and winning) the Powerball.

While there have been some incredibly lucky people out there who have walked away as Powerball winners over the years, the most recent person, Charles Jackson of North Carolina, has a story that is almost too good to be true. That’s because the newly-minted millionaire — he won the $344 Powerball last week — said that he picked the winning numbers from a fortune cookie.

Collecting his big check on Tuesday, the 66-year-old retired store-owner said at a news conference that he found his combination of Powerball-winning numbers on the back of the piece of paper inside a fortune cookie, which was given to him by his granddaughter following her recent trip to a Vietnamese restaurant. Talk about some serious luck, right?

Per CNBC Make It:

While the fortune cookie claimed to offer lucky numbers, Jackson still did not expect them to be lucky enough to win him hundreds of millions of dollars. “You play to win, but you never really expect to win the whole dang pot,” Jackson told North Carolina Education Lottery officials on Tuesday.

What’s more, Jackson didn’t even realize at first exactly how large of a lottery prize he’d won after checking his numbers against last weekend’s Powerball drawing. Initially, Jackson didn’t see that the final digit on his ticket also matched the drawing, so he thought he’d won $50,000, and not the full grand prize.

When Jackson looked again at his ticket, he says, “I said, ‘Dang, I got them all.’” After looking online to find the value of his grand prize, Jackson says he told his wife: “You ain’t going to believe this — I got it all,” he said at a news conference at the Raleigh headquarters of the North Carolina Education Lottery, according to local NBC news station WRAL.

So, what you’re telling me is that, not only did this Powerball winner get numbers from a fortune cookie that his granddaughter gave him, but he also didn’t even realize he won the $344 million jackpot? This whole thing sounds like a movie plot or something, because things like this just don’t happen — well, until they actually do.

Choosing to take the lump sum, Charles Jackson will walk away with $223.3 million. After paying a standard federal tax charge of 24 percent, and an additional 5.5 percent state tax rate in North Carolina, the winner will end up with a $158 million fortune. Not too shabby if you ask me.

For those looking to duplicate the luck of the most recent Powerball winner and hope for some fortune cookie god choosing you to cash in, you may want to hit up your local Thai, Chinese or Vietnamese restaurants ASAP, because the Mega Millions sits at $530 million, with the next drawing coming on Friday. I’d wish you good luck, but I’m hoping to walk away with the grand prize myself, suckers.