Hero Powerlifter Lifts 2-Ton SUV To Help Save A Man Trapped Underneath, Proves Not All Masculinity Is Toxic 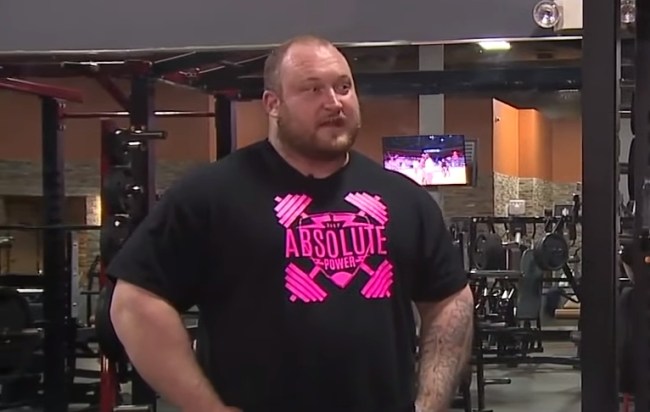 Men get told a lot of nonsense on how they ruin society with their “toxic masculinity.” There are definitely some behaviors by men that are absolutely inexcusable and the majority of men who are great people need to call out these few losers. But the people who label all masculinity as “toxic” by painting an entire gender as having a negative defect given at birth are absolutely incorrect and hateful. Ryan Belcher, a weightlifter who possibly saved lives proves that masculinity can be incredible.

Ryan Belcher is a powerlifter and owner of Absolute Power Brand. The guy hits the gym five times a week and can lift some truly impressive weights.

Thankfully all of Ryan’s hard work at the gym paid off when it mattered most. On Thursday around 4:30 pm, there was a devastating car accident in Ypsilanti Township, Michigan. Belcher heard the car crash and ran out of his job to see what happened. He found the accident was far more brutal than he imagined as one of the vehicles was flipped upside down.

“As I approached the one vehicle in the middle of the lane, she was awfully bloody and I made sure she was okay and she responded with ‘yes I’m okay,'” Belcher said of a 44-year-old woman in a sedan involved in the car accident. The 29-year-old powerlifter then saw that a man was pinned under a black Jeep Cherokee. “He was talking about his legs, how he couldn’t feel his legs,” Belcher explained.

Four people were attempting to get the 36-year-old man who was trapped inside his vehicle. That’s when the 350-pound behemoth of a man that is Ryan Belcher arrived on the scene and he has squatted 950 pounds, bench-pressed 530 pounds, and dead-lifted 800 pounds in competition. Ryan’s biggest weight-lifting challenge would be to lift a two-ton SUV enough to allow the injured man to escape.

“Half of his torso was outside of the vehicle and the other half was still underneath in the vehicle. I had no other choice. It was either save a man or not believe in myself. So I just reached in did what I had to do,” Belcher said. “I just lifted and started pushing the vehicle as hard as I could.”

“Okay, this is where I need to be. This is all the power I’ve used, all the training I’ve been through, this is the time where it’s really going to pay off in a good way to help somebody,” he said. “From there, I just kind of got tunnel vision. And then I grabbed the back, where the window was smashed out and lifted up and started pushing.”

RELATED: A Majority Of Misogyny That Is Spewed Online Is Said By… Women

Ryan and other Good Samaritans were able to move the truck three feet, freeing up enough room to save the trapped man. “What’s weird is it’s easier for me to not know the weight,” Belcher said.

Both drivers were rushed to a local hospital after suffering “significant injuries” and are in critical condition. But things could have been much more tragic if Ryan and the other fantastic do-gooders didn’t rush to help.

The strong man has been appropriately heralded as a hero and even as a sueprhero. “I like being called the Hulk, my son’s favorite is the Hulk and he always says my daddy is the Hulk. To say I’m a hero, I don’t know. I’m glad to have been there and I was put there for a reason,” Ryan said.

“If I could describe it in one word, It would be humbled,” Belcher said of the lifesaving experience. “This could have been anybody, it could have been me. And just getting home to my children after that is all I thought about… I’d hope if it was me in there, somebody would help me the way I did them.”

Maybe, just maybe, masculinity isn’t toxic, but rather certain humans from both sexes are toxic.

RELATED: Find A More Aggravating Scene Than These Women Who Took Over A Subway Car To Throw A Birthday Party