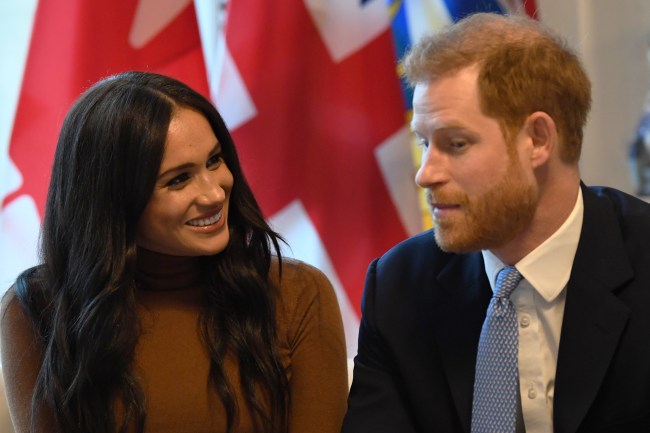 I’ve been a fan of Prince Harry since before his pubes. He was the only reason that people started to think that redheads could—in the right circumstances, with enough money, with a royal title, living in a palace, with every tabloid and gossip mag printing their every move—be attractive. We are universally recognized as the least attractive form of human, and you know what? I agree. I’m with you. In medieval times, had gingers been stoned in the town square, I’d have tossed rocks right alongside my neighborhood. With a hood on, probably, and I’d have stopped by the local bootblack to throw some shoe polish in my mustache and eyebrows. Can’t be too careful.

Have you ever seen more than two redheads hanging out together? Absolutely not, because we know that’s too overwhelming for people. People suspect we’re plotting so we can’t congregate. It’s like how the handmaids talk at the market, through the refrigerated cases. Don’t want to arouse suspicion.

The point is, Harry won the damn ginger lottery. Dude was born with every single advantage a person could possibly have, and he pitched a perfect game the entire way. Military man… married the most beautiful woman ever to star on USA Network… third-in-line to the throne so he doesn’t have to learn latin or how to load a cannon… perfection.

And now, whispers have it that Harry, the Duchess, and their son ARCHIE (bold name for a kid who might have red hair? Talk about living in a shadow) are considering a move to Canada.

NY Post– Prince Harry and Meghan Markle are considering a more permanent move to Canada — and have not ruled out “walking away” from their British royal titles, according to a stunning new report Wednesday.

The pair treated their recent six-week stay in Canada over the holidays as a trial, according to the Sun — with friends saying it went so well, they plan to spend increasing amounts of time there.

The Duke and Duchess of Sussex see themselves as being on a “different and unique path….” That could even include “the possibility of walking away from their HRH titles,” the source told the paper of their royal positions.

Give up the frills, the lace, the pomp and circumstance for a life of casual hellos and poutine. I think it’s charming, actually. Britons love their royals so much that the family will never have privacy. Dude can’t take a mulligan without someone writing about it. His life consists of feigning interest at marine biology presentations and stooping to act impressed at some kindergartner’s poor effort at Buckingham Palace in crayon. Big bro William has to endure it because he’ll be king soon, but Harry? Harry should pack up his tribe and head to Vancouver. Legal weed, hike in the summer, ski in the winter, not too much direct sunlight, get a couple big St. Bernards to hold down the fort. That’s a good life, and I hope they find their happiness. Long live the Duke and Duchess of Sussex!