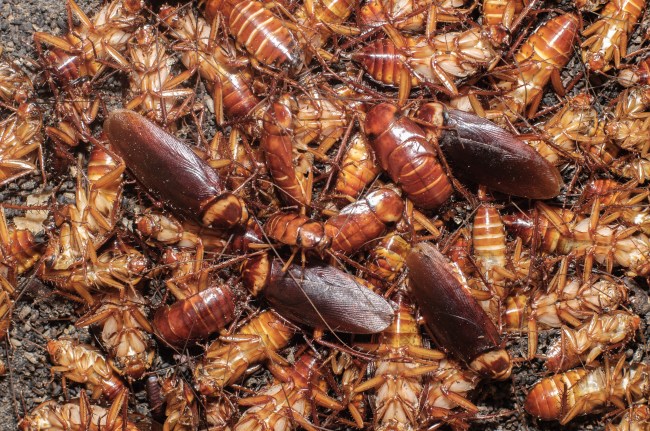 Attention All Passengers: A murderer has infiltrated the order. Prepare to brace. #Snowpiercer premieres SUNDAY, 9/8c on TNT. pic.twitter.com/NRB9H4qWVA

Snowpiercer was trending on Twitter this morning because they’ve made a TV-version of the movie, coming to TNT on Sunday. It stars Daveed Diggs (Hamilton) and Jennifer Connelly (Blood Diamond, Requiem For A Dream), and Bong Joon-ho, who directed the movie in 2014 and also became a legend for Parasite, is attached as executive producer. But I’m not here to plug the show; I’m here to remind you of one of the most disgusting movie scenes of all time: the protein bars from the original Snowpiercer.

Everyone seems to have a hard-on for this movie. I thought it was solid. Captain America is… himself. Cool setting, good action, fun for a rainy day indoors. But my opinion of this movie is absolutely tainted by one particular scene. It’s the scene where Chris Evans learns what the protein bars are made of by peering into the machine that makes them.

Throughout my movie-watching life, there have been a few random scenes that have been impossible to shake. Alice growing way too big for the tiny house in Alice in Wonderland made me miserably claustrophobic; the opening laundry-line scene from the original It made me terrified of laundry AND clowns for years. And this scene from Snowpiercer has never left my stomach. It shouldn’t bother me so much, but I had a visceral reaction to it. It’s revolting. Like everyone, I hate cockroaches. And there’s something about the blades churning them up like a massive Vitamix that makes me think of the Jamba Juice in Penn Station, from which I’ve purchased many a strawberry surf rider.

And then the gelatinous bars that are formed from the cockroaches? Gag central. I hate gelatinous stuff. Like when you save a rotisserie chicken or a turkey and the liquid turns to gelatin at the bottom? What a nightmare. The point is, bugs + gelatinous bars = can’t handle it. And unfortunately, perhaps unfairly, that’s the only thing I can think of when I hear someone mention Snowpiercer.