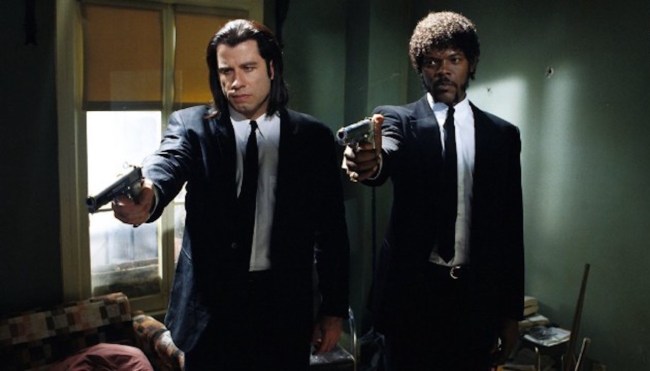 Earlier this month, iconic director Quentin Tarantino announced that he was planning on auctioning off seven unreleased scenes from his hit film Pulp Fiction as NFTs. Now, the studio that distributed the film, Miramax, is suing Tarantino in order to stop him.

“Quentin Tarantino’s conduct has forced Miramax to bring this lawsuit against a valued collaborator in order to enforce, preserve, and protect its contractual and intellectual property rights relating to one of Miramax’s most iconic and valuable film properties,” Miramax claimed its lawsuit. “Left unchecked, Tarantino’s conduct could mislead others into believing Miramax is involved in his venture. And it could also mislead others into believing they have the rights to pursue similar deals or offerings, when in fact Miramax holds the rights needed to develop, market, and sell NFTs relating to its deep film library.” [via The Hollywood Reporter]

When Tarantino first announced the project, he teased that he was “excited to be presenting these exclusive scenes from Pulp Fiction to fans. The official announcement of the project claims that these scenes in question have “never been seen or heard before.”

While a lawyer for Tarantino says that the director was “acting within his ‘Reserved Rights,’ specifically the right to ‘screenplay publication’, Miramax responded by categorizing the attempt as “greedy.”

“This group chose to recklessly, greedily, and intentionally disregard the agreement that Quentin signed instead of following the clear legal and ethical approach of simply communicating with Miramax about his proposed ideas. This one-off effort devalues the NFT rights to Pulp Fiction, which Miramax intends to maximize through a strategic, comprehensive approach,” said Bart Williams, who is representing Miramax, in a statement to The Hollywood Reporter.

Given the legendary status of Pulp Fiction within pop culture, if Tarantino is able to move forward with the project, the NFTs will likely fetch quite the pretty penny.