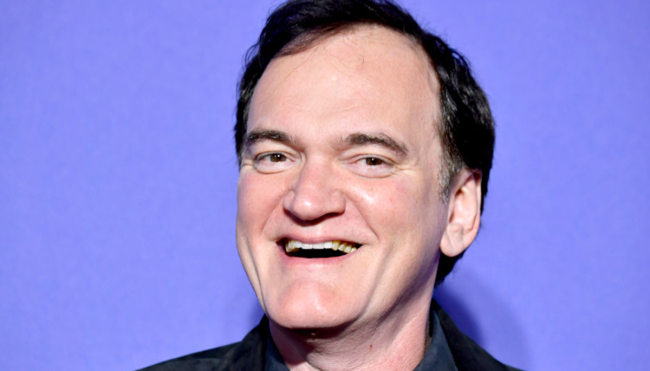 One of the trickiest parts of being a parent is knowing that you should do everything you can to foster your child’s interests while simultaneously being the person responsible for giving them a reality check when it becomes clear there’s a good chance their decision to follow their dreams could turn their life into an absolute nightmare.

Quentin Tarantino may be one of the most influential figures in Hollywood thanks to his writing and directing prowess, but when you take a look at the journey he took to get there, it’s pretty easy to understand why his mother might’ve been slightly skeptical of the career path he opted to follow; after all, we’re talking about a guy who was arrested for shoplifting at the age of 15, dropped out of high school to take a job as an usher at an adult movie theater, and spent a solid chunk of his 20s sitting behind the counter at a video store.

Tarantino recently talked about his formative years while chatting with Brian Koppelman on The Moment podcast, where he shared the primary reason he decided to abandon pursuing a formal education was that he couldn’t be bothered to care about any subjects that didn’t genuinely interest him. That didn’t sit too well with his mother, who wasn’t shy about voicing her displeasure with his favored pursuits—a decision that led to the director pledging to never give her a “penny” of the fortune he’d go on to amass because of him.

Around the 35-minute mark of the conversation, Tarantino recalled his disinterest in school led to his mom going on a rant where she informed him, “‘This little ‘writing career’—with the finger quotes— this little ‘writing career’ that you’re doing? That s—t is f—king over.” As a result, he made a mental note, saying, “I was in my head and I go: ‘OK, lady, when I become a successful writer, you will never see penny one from my success. There will be no house for you. There’s no vacation for you, no Elvis Cadillac for mommy. You get nothing. Because you said that.'”

After Koppelman inquired if he stuck to that promise, Tarantino admitted he did help her escape a jam with the IRS but has otherwise refused to give her anything as a result of a comment she made almost 50 years ago. Is it kind of a dick move? Absolutely, but I’d be lying if I said I didn’t respect it due to the sheer amount of pettiness on display.