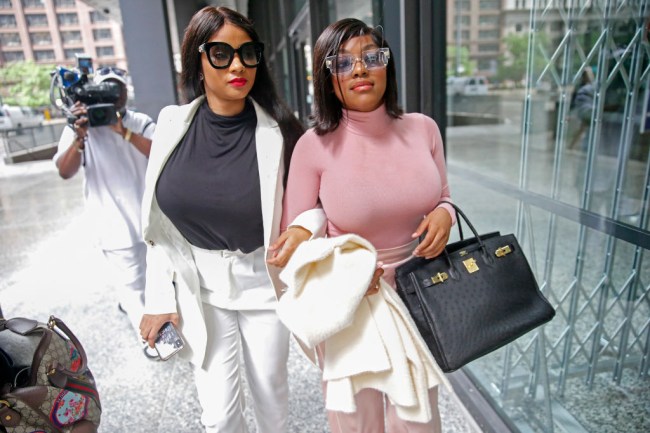 R. Kelly had his trial moved from the date of April 27 to October 13. The delay in the trial could mean that new charges are being handed down to R. Kelly. Then there are the damning and shocking allegations recently made by R. Kelly’s ex-girlfriend.

R. Kelly’s former live-in girlfriend Azriel Clary made scandalous claims that the singer forced her to eat her own feces. In an Instagram video, Clary is allegedly talking to a federal agent on the phone.

“He has a video of me, he made me do this video, actually, doing a number two in a cup and then eating it out of a cup,” the 23-year-old says on the video.

“It’s done, it’s done, it’s over, you may not even make it to trial. I’m so sorry for you,” Clary allegedly tells R. Kelly in the video. He responds by saying he loves her as he sobs. “I’m sorry, I really did love you, and you lied to me, you used me, and you played me,” Clary said.

“We expect that they’re not going to find anything incriminating,” said defense attorney Steve Greenberg. “It’s where he keeps his tour bus, stage equipment, and all sorts of computers. It’s stuff like the iPad that the sound guy uses.”

Robert Sylvester Kelly was jailed in July and has been awaiting trial at a Chicago federal jail. He is said to have had sex with underage girls and paying off witnesses for their silence since at least 1997.