R. Kelly Absolutely Freaked Out In An Interview And Somehow Made Tom Cruise Seem Sane 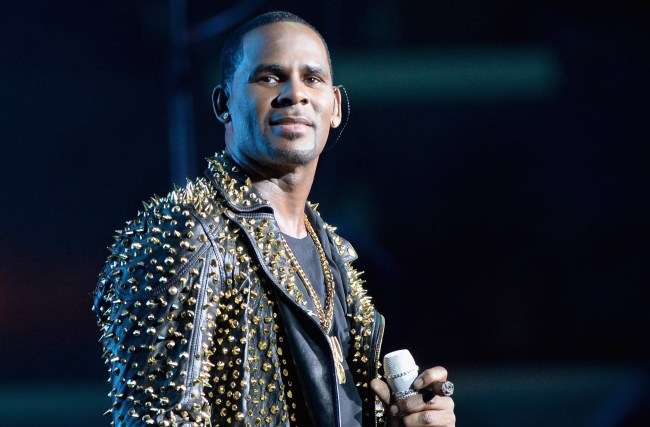 The episode was one of the most absurd interviews to ever air on television and no one has really ever come close to topping the craziness of the moment—at least until now.

It’s safe to say it’s been a bit of a rough year for R. Kelly, who once again found himself at the center of some very serious allegations thanks to a documentary on Lifetime where a number of women stepped forward to accuse the singer of sexual assault—including one who claimed to have the receipts.

Last month, the artist was hit with multiple criminal charges after accusers came forward, and after posting a $100,000 bond, the singer decided it was time to attempt to rehabilitate his image by sitting down with Gayle King on CBS This Morning and did the exact opposite in an interview featuring one of the most impressive freakouts I’ve ever seen.

During the sit-down, R. Kelly addressed a number of questions concerning the charges against him, ranging from his relationship with underage girls in addition to responding to accusations he’s “brainwashed” two women he’s currently living with—a question that sparked one of the biggest temper tantrums I’ve come across during my time on the planet.

“Stop it. You all quit playing! Quit playing! I didn't do this stuff! This is not me! I'm fighting for my f***ing life! Y'all killing me with this sh*t!" @RKelly told @GayleKing, standing up. "I gave you 30 years of my f***ing career!"https://t.co/u4AENVJQsc pic.twitter.com/jLF7l8etYh

The singer—who is apparently  the kind of guy who refers to himself in the third person—reached a breaking point during the chat and stood up from his chair before launching into an expletive-filled rant, saying:

“Quit playing! I didn’t do this stuff! This is not me! I’m fighting for my fucking life! You’re all killing me with this shit. I gave you 30 years of my fucking career! Now you’re trying to kill me. You’re killing me, man.

I’d personally argue his career deserves to be destroyed based on all of the evidence I’ve seen so far so but I guess we’ll let the courts decide if it’s actually merited.