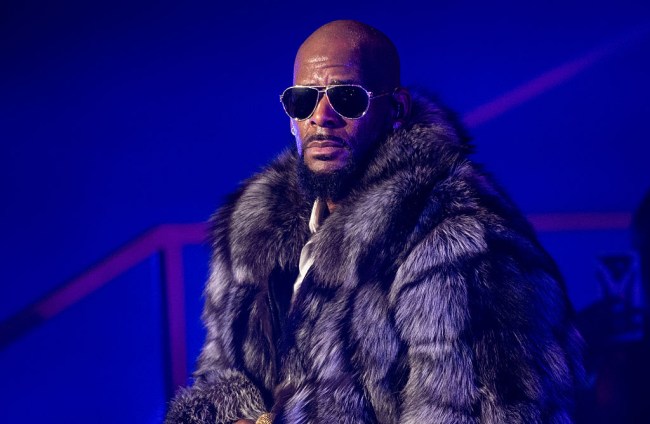 Lifetime’s six-episode documentary series Surviving R. Kelly has ignited a fresh backlash against the disgraced R&B singer. Several women who claim they are victims of R. Kelly appeared on Dateline’s Accused: The R. Kelly Story have come forward to tell their side of the story, One accuser claims that she has DNA evidence of being with the singer when she was a teenager.

For years there have been rumors of R. Kelly having inappropriate sexual encounters with underage women, but the movement against the music artist is picking up steam. In the one-hour show that aired on NBC on Friday night, multiple women and their families levied damning allegations against Kelly. The alleged victims claim that they suffered physical and psychological abuse when they were in their teens.

Jerhonda Pace claims she had a sexual relationship in 1999 with R. Kelly when she was 16-years-old. Pace claims that she has DNA evidence of the inappropriate relationship. The accuser says that she still has a blue t-shirt that has Kelly’s saliva and semen on it.

Pace alleges that Kelly slapped her for saying that she didn’t like the same sports team he did. “It went from just bein’ slapped in your face to bein’ choked,” Pace said during the Dateline interview. “And he starved me. He would, like, not – he would not feed me. I was locked in a room for three days with no food… If I didn’t agree to havin’ sex with him, or performin’, I would be locked in the room.”

Pace said Kelly had a cult-like atmosphere where she was held in isolation for six months. Kelly allegedly made her write fake letters that could incriminate her. “I had wrote these letters sayin’ I stole $250,000 worth of jewelry from him,” she said. “Even though it wasn’t real, I was still scared.” Pace submitted a report to the Olympia Fields Illinois Police Department and the family sued, but settled out of court in 2010 for $250,000.

Another R. Kelly accuser, Tracy Sampson, said she met the singer when she was an intern at Epic Records at the age of 16. Sampson said Kelly induced her “into an indecent sexual relationship” when she was 17. Kelly kissed Sampson without her consent and allegedly coaxed her into a sexual relationship. Sampson says that during sex, Kelly would ask her to “tell daddy how old you are.” Kelly and Sampson settled out of court for $250,000 in 2002.

The outrage over the accusations against the singer has prompted Kelly’s record label to drop him. After weeks of protests outside of their headquarters and the popularity of the #MuteRKelly campaign that demands all of his music be silenced, RCA Records parted ways with Kelly on Friday. Fellow music artists who have collaborated with Kelly in the past such as Lady Gaga, Chance the Rapper, Celine Dion and Phoenix have condemned the singer and even pulled their collaborations with the Ignition singer.

Kelly is reportedly facing eviction from his recording studio in Chicago over unpaid bills. Prosecutors in New York, Chicago and Atlanta are asking the public to come forward if they have any information about the alleged sexual misconduct or abuse by the singer.