R. Kelly Sent A Crew Of ‘Goons’ To Go After Dave Chappelle For Mocking Him In A Legendary Sketch 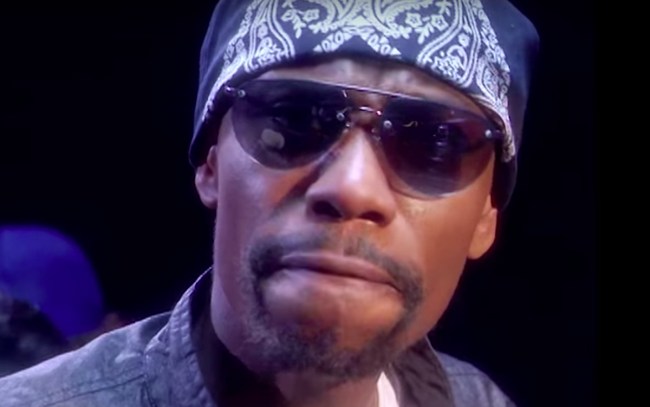 It’s been over 15 years since Dave Chappelle came in hot with the first episode of his eponymous show, which featured one particular sketch that showed the comedian would not be afraid to shy away from sensitive subjects.

Chappelle’s Show would eventually go on to have a massive cultural impact over the course of its relatively short run on television thanks to its willingness to constantly push the envelope with some infinitely quotable sketches.

A sizeable chunk of the segments on Chappelle’s Show revolved around making fun of various celebrities and public figures and virtually no one was safe from the comedian’s wrath.

This included R. Kelly, who was the inspiration for one of the best pieces of musical comedy ever created.

Last week, Lifetime took a couple of days to remind the world that the musician is a pretty horrible person based on the evidence at hand when it aired the documentary series Surviving R. Kelly, which featured a number of women who came forward to share some horror stories concerning their experiences with the singer.

It’s safe to say Chappelle was ahead of the curve when it came to calling out R. Kelly’s misdeeds and it turns out he almost suffered some pretty serious consequences for doing so.

According to Complex, Neil Brennan— the co-creator of Chappelle’s Show— recently stopped by The Breakfast Club and revealed R. Kelly sent a group of guys to beat up Chappelle after the sketch aired.

People were mad last week that we did an R. Kelly sketches 15 years ago. Here's me explaining comedy to them. pic.twitter.com/FQoxIALqkr

He shared the details of the incident, saying:

“R. Kelly wanted to fight Dave. His goons stepped to Dave in Chicago and Dave’s goons intervened. The goons negotiated.”

This was before Chappelle decided to take a break from comedy and get incredibly jacked so I’m guessing things wouldn’t have gone too well for him if his entourage hadn’t had his back.

With that said, I’d pay a good chunk of change to see the two throw down these days. Mayweather vs. McGregor would have nothing on them.