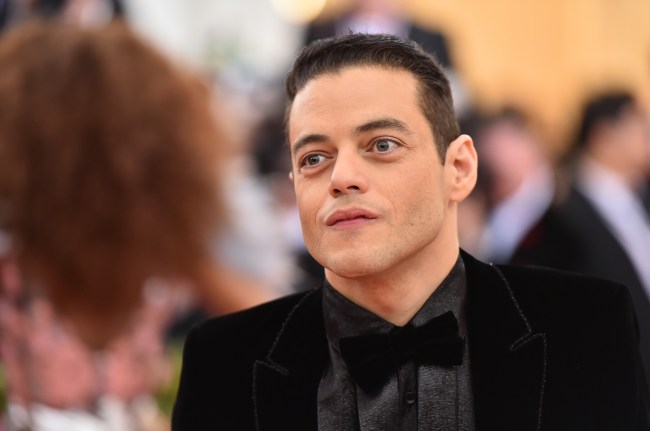 What could be more enticing than getting paid millions to play make believe around an endless stream of beautiful Bond women in exotic locations around the world? The answer, for most of us, is nothing. Show me where to sign. My young children can take care of themselves.

Rami Malek, fresh off his Oscar-winning performance playing Freddy Mercury in Bohemian Rhapsody, is not you or I. The 38-year-old nearly passed up the coveted role to play a Bond villain in the ­25th installment of the franchise over concerns of how his character would potentially exacerbate stereotypes.

According to Mirror, the Los Angeles native required assurance from director Cary Fukunaga that the villain would not be a religious fundamentalist or an Arabic-speaking terrorist.

The actor, whose Egyptian heritage and culture is “the fabric of who I am,” elaborated on his demand:

“It’s a great character and I’m very excited,” explains Rami. “But that was one thing that I discussed with Cary.

“I said, ‘We cannot identify him with any act of terrorism reflecting an ideology or a religion. That’s not ­something I would entertain, so if that is why I am your choice then you can count me out’.

“But that was clearly not his vision. So he’s a very different kind of terrorist.

“It’s another extremely clever script from the people who have figured out exactly what people want in those movies.

But I feel a substantial weight on my shoulders. I mean, Bond is ­something that we all grow up with.”

A behind the scenes look at ‘BOND 25’ has been officially released. (Source: @007) pic.twitter.com/VwzMtLVM1G

Malek’s parents left Cairo in the 80s three years after he was born in California because his father, who had been a tour guide in Egypt, was enamored by the American tourists he encountered. Rami claimed he experienced immense difficulties assimilating to the culture and began “creating characters and doing voices” to garner a sense of self-identity.

“It took me until high school to tell everybody, ‘No, my name is Rami’,” he once said. “It’s a very upsetting thing to think about – that I didn’t have the confidence to correct anyone at that point.”

And here I was thinking that Malek wouldn’t accept the role over reports that Daniel Craig is a fucking nightmare to work with.

Looks damn good in a suit, though.

The first official picture from Bond 25 has been released 😎 pic.twitter.com/DMMBZOdUUJ