Ranking All The Joker Scenes In ‘The Dark Knight’ 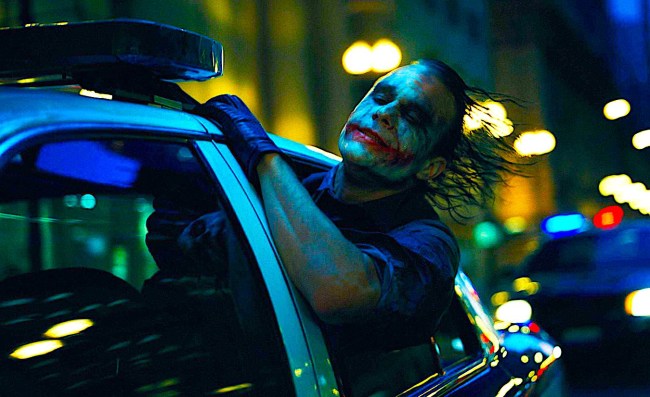 When it comes to the memory of Heath Ledger, the fact that he died so young is perhaps the first thing people think of when they hear his name. Yet still, I find how young he was when he filmed his legacy-defining role as Joker in The Dark Knight to be an extremely underrated aspect of the performance.

The Dark Knight was filmed in the Spring of 2007, meaning Ledger was just 27-years-old when he took on the task of bringing the Clown Prince of Crime to life under the shadow of Jack Nicholson’s beloved 1989 portrayal. 27! I’m 27 now and I’m currently laying in bed watching Furious 7 as I Google at-home carpal tunnel remedies and wait for my second (2) bagel of the morning to finish toasting. Meanwhile, there Ledger was putting forth one of the best acting performances in the history of cinema. Even 12 years since the film’s original release, it remains a truly remarkable achievement.

Which is what makes each of his passing birthdays so sad: the fact that he accomplished so much, so soon, leaving everyone wondering about what could have been. With an Academy Award already under his belt by the time he turned 30, there’s no question Ledger would have eventually won a second, putting him in a rare class of actors that includes the likes of Nicholson, Daniel Day-Lewis, Meryl Streep, Christoph Waltz, Gene Hackman, Marlon Brando, Dustin Hoffman, Robert De Niro, Sean Penn, Denzel Washington, and Tom Hanks. Denzel didn’t win his first Oscar until he was 35. Hanks scored his first win at 37. The fact that Ledger accomplished these same feats in his late 20s speaks to the immense raw talent he possessed.

Today, April 4, 2020, would have been Ledger’s 41st birthday — he would have barely been scratching the surface of his prime (take Downey Jr., for example, who began playing Iron Man when he was 43-years-old). So, since we’re all holed up with nothing but time on our hands, in honor of Ledger’s birthday, let’s rank — but more importantly, enjoy — all of his transcendent scenes in The Dark Knight.

7. The Why So Serious Scene

Fun fact: when the elevator door opens and Joker appears, that was the first time legendary actor Michael Caine saw Ledger in his full make-up — his reaction is completely genuine. In fact, Caine was so “terrified” of Ledger that he forgot his lines.

A personal favorite of mine. This scene sometimes gets lost below the soaring heights of other more notable moments, but the delivery of the “I think you and I are destined to do this forever” line — and the entire monologue — provides a true window into the soul of Batman and Joker’s everlasting dynamic.

This scene will go down as one of the finest moments in the history of cinematic acting.

Bonus Compilation of ALL Joker’s Scenes