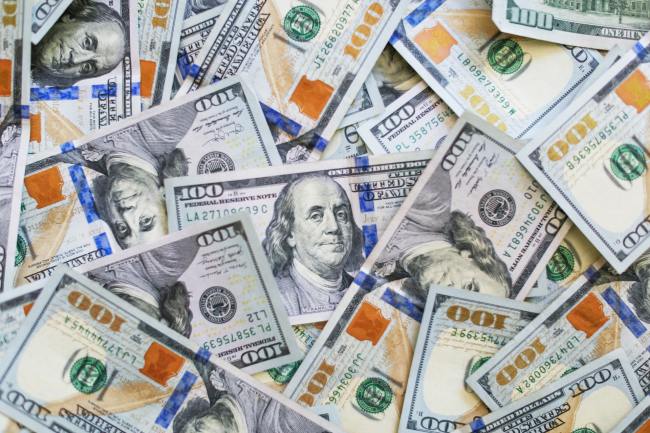 Whenever you’re talking about rare muscle cars, you can’t forget to mention the 1987 Buick GNX.

Nicknamed “Darth Vadar,” only 547 were made in its single production year, as the car was created to be a limited-edition, higher-performance version of the iconic Buick Grand National.

The GNX was produced with the help of McLaren Engines and ASC Incorporated. There’s no official reason as to why more Buick GNXs weren’t made, but it’s likely due to the fact the car wasn’t cost-efficient to keep building.

They were seen more as a limited-edition car to celebrate the Buick Grand National. Making more GNX’s would’ve competed with the Grand National and stifled its already elite performance.

Right now Bring A Trailer is auctioning off a mint condition 1987 Buick GNX with only 865 miles on it.

What’s cool about the GNX is each car had its production number engraved on special plates around the car. This one is #41 of 547 and was originally delivered to a Buick dealership in Port Richey, Florida way back when.

But this specific GNX is expected to reach over $200,000 thanks to its pristine condition. As of this writing, the current bid is at $165,000 and has six days of bidding left.

Buick Grand National’s already packed serious performance, so when the GNX was unveiled many were impressed with what was under the hood.

The GNX produced around 275 HP and 360 lb-ft of torque thanks to a modified 3.8-liter V6 paired to a Garrett T3 turbocharger.

@OldSchRides Lord Vader the 1987 Buick GNX was one of the hottest performance cars of the dark days of the 1980s. pic.twitter.com/qsgaiM6Uut

The rear-wheel-drive bad boy could hit 60 miles in roughly 4.5 seconds, and it could reach a top speed of 124 mph.

Exterior features include 16″ cross-lace wheels with GNX-branded center caps wrapped in Goodyear Eagle VR50 tires. The measurement of the tires on this GNX are 245/50 in the front and 255/50 in the back, positioned in a classic muscle car stance.

The GNX also has heat-extracting fender vents and a three-piece rear spoiler.

On the interior, sand gray upholstery and a Delco AM/FM/cassette stereo are outfitted. The GNX also comes with cruise control and air conditioning.

With the purchase comes owner’s manuals, service records, and a clean Carfax report according to Bring A Trailer.

I’m jealous of whoever gets their hands on this Darth Vadar. Hopefully the owner at least puts a little miles on it before locking it up in some museum or collection.