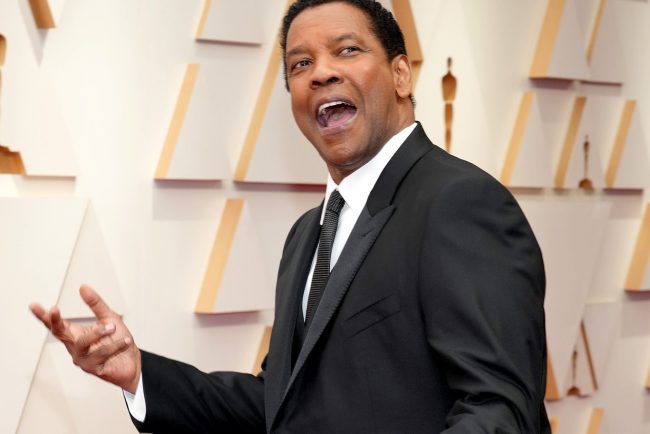 The all-black sports car has only ever belonged to Denzel, which is rare as celebrity-owned cars at auction typically have exchanged hands between collectors a few times.

Here’s a cool video from the detailing company that cleaned up this bad boy.

As you can see, the car is basically fit for a museum.

In terms of additional bells and whistles, Denzel pretty much left the sports car as is—when something is done right, you hardly ever have to make any tweaks.

The Porsche only has 18,000 miles. It’s basically brand new.

A twin-turbo 3.6L flat-six engine and a six-speed manual transmission are the proverbial weapons of choice. External features include Xenon headlights with washers and a signature 993 fixed rear spoiler.

And perhaps my favorite feature of them all are the red Porsche brake calipers.

Why the Porsche Sold for So Much

When it comes to mid to late 90s Porsche 911s, you’re looking at some serious dough. These cars are essentially the go-to image in people’s minds when you think of the carmaker.

Bring a Trailer has a couple of other Porsche 911s up for auction right now with prices touching the $150k-$220K range.

Why Denzel’s Porsche sold for $400K+ I can only attribute it to (1) the car being in immaculate condition and (2) it belonging to frickin Denzel Washington.

Denzel’s Porsche had a perfect Carfax report with no accidents or damage too. The report also lists the 911’s registration, service, and emissions inspection history in California since new.

Based on its history and condition, I’m not sure I’d even want to drive this car.

Who am I kidding though, of course I’d drive it.

It’s what Denzel would want.