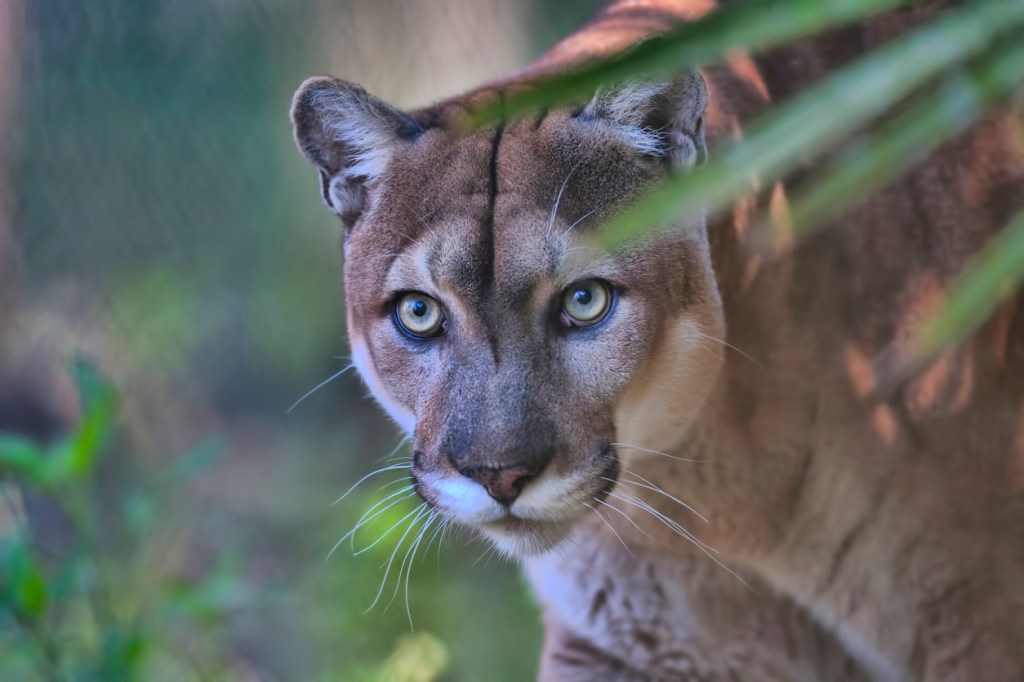 Spotting a Florida panther in the wild is an experience most Floridians will never have. I’m a born and raised Floridian and I’ve never seen one outside of a zoo.

They were nearly extinct in recent decades and their documented population numbers have reportedly fallen to under 200 Florida panthers left in the wild. There have been effective conservation efforts made to but many are still killed every year by car accidents.

In 2021 there were 27 Florida panthers killed by cars and in 22 in 2020. This calls into question the accuracy of the ‘200 left in the wild’ statistic used by field biologists but that’s the most widely reported population statistic so that’s what we’re going with.

These panthers are a distinct subspecies of the Norther American cougar. They had a historical range of west to Louisiana, north to Arkansas, back east to the edges of South Carolina, and all throughout the areas in between. These days they stay mostly confined to the Everglades National Park and the areas around Naples and Ft. Myers.

This video below was shared on social media by Steven Crawford of Punta Gorda and it shows a Florida panther swimming across the Peace River. It’s notable because this is far north of the usual roaming ground of these panthers.

There are many skeptics in the comments claiming it’s a bobcat and not a Florida panther. All of the contrarians in the comments would rather believe they know what’s right instead of believing the person who was there and filming the actual video. I’ll say that I’ve paddled the Peace River countless times in my life and I’ve never seen a bobcat or a panther on any of my camping trips so I don’t even have two cents to add here.

Other sightings of the panthers throughout South Florida

Waaayyyyy back in March of 2021, a wildlife photographer who travels from Miami to The Everglades on the weekends captured a stunning photograph. Seeing a single Florida panther is rare but he saw FOUR at once!

And this footage from the Audubon Corkscrew Swamp Sanctuary in Naples is a few years old but this is a video I’ll always remember. Put yourself in this woman’s shoes. Imagine you are just walking along the boardwalk and out of nowhere a huge panther jumps out. Who would be more scared, you or the cat?

There is always the opportunity to see a Florida panther at tons of zoos throughout Florida. There’s actually one sitting in a large (caged) habitat about 1.5 miles away from where I’m writing this article at the moment. The Florida panther is the official state animal of Florida and it remains a big point of pride for Floridians that it’s a distinct species from the mountain lion. So if you are ever in the Sunshine State you should make an effort to check one out, whether it’s in a zoo or in South Florida.