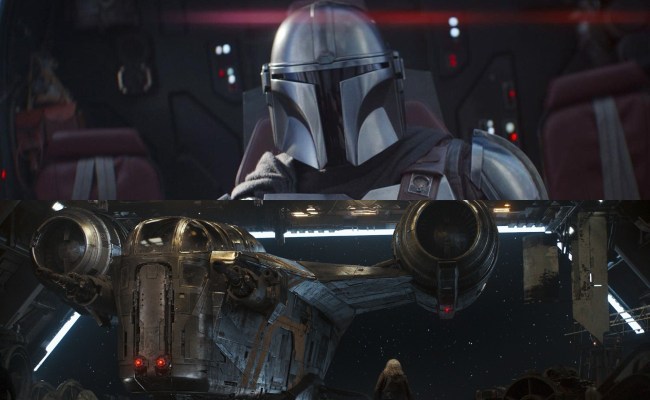 The other night, my buddy and co-worker Cass — while watching the Grammy Awards — tweeted that he was essentially disgusted about the disproportionate amount of talent that Dua Lipa possesses. In case you haven’t see Lipa’s said Grammy’s performance, it’s a, uhm, worthy detour before we start talking about Star Wars.

I’ve never seen Dua Lipa until now and I’m just fed the fuck up. She can sing and could be also be a runway model. Too much talent. Save some for the rest of us plz

I actually remember feeling this way about Bradley Cooper after A Star Is Born came out back in 2018.

“Wait, you mean to tell me that not only did this fucking guy write, direct, and star in the film, but did all the singing and guitar playing HIMSELF?! AND he looks like that. Oh, fuck off,” were my thoughts or something along those lines.

Now, am I comparing making a life-sized replica of Mando’s Razor Crest to pseudo-super models singing at the Grammys or modern-day Renaissance Men constructing an entire movie around their talents? Obviously not. But the point remains that sometimes, people have talents that take you aback. Sort of like those dudes who cover themselves in metallic paint and spend entire days standing still in a park. On the scale of achievements, it may not be all that noteworthy, but am I impressed nonetheless? Absolutely.

So, with all that said, behold — a life-sized replica of the (now deceased, RIP) Razor Crest from The Mandalorian (you can find more photos of the replica HERE).

As for when we can expect the return of The Mandalorian, production on season three will reportedly begin this Spring, which puts the series on track to return in early 2022. That doesn’t mean that this year will be without Star Wars content, though, as the miniseries The Book of Boba Fett will hit Disney+ in December.