I Finally Realized My Dream Of Writing For Saturday Night Live, Sort Of 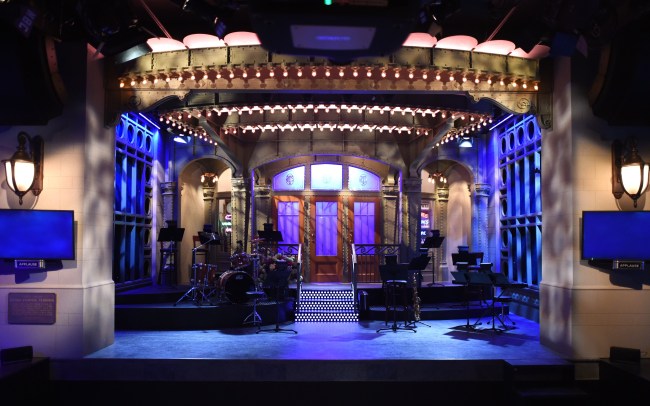 For a long time, it was my dream to write/perform for Saturday Night Live. In fact, that was the singular goal I had in mind when I moved to New York after college, in 2011, to pursue “comedy.” I enrolled in improv classes at the Upright Citizens Brigade Theater and just as for so many koolaid-drinking students there, a job at SNL became my only version of success. Blinders in place, anything else was falling short. So specific was this SNL goal that even a career as a Marvel franchise star would have seemed like a concession. As in: sure, I’ll take a few turns as Thor, but only to pay my rent while I wait for Lorne to discover me.

It’s been almost a decade since those improv days. The Upright Citzens Bridge has since gone out of business. As for me, a thousand standup shows later, I’ve never stopped waiting for that call from 30 Rock. Imagine my surprise, then, when I found myself on the receiving end of an unpaid, uncredited, unknown writing gig for Saturday Night Live this weekend.

On Tuesday last week, I tweeted this joke:

Every year these Christmas car commercials make me laugh. Imagine walking your wife outside and showing her you bought her a fucking JEEP without CONSULTING WITH HER?

On Saturday, NBC aired this sketch:

“Did you seriously buy me a car without asking me?”

Now, luckily I’ve been failing at this comedy game long enough to know that it’s entirely possible—if not likely—that the writers at Saturday Night Live never saw my tweet. Parallel thinking in comedy is extremely common. I’m humble enough to know that I wasn’t the only person who watches these holiday car commercials and had this thought, or some version of it. What’s more, my tweet at best serves as the basic premise—let’s call it the thesis—for this SNL sketch. IF I were writing at Saturday Night Live, I probably couldn’t have written this sketch to the finish line as brilliantly as they did. Justifying Beck Bennett’s decision to purchase this car by making him into a moronic, alcoholic dad is fantastic. Heidi Gardner having an affair with the neighbor, to whom Beck owes money, Chalamet standing there losing faith in his dad… it’s all great.

With that said, I posted the tweet as a story on my Instagram as well. Between the impressions on twitter and Instagram, over 100,000 people saw it. I’m a comedian based in the same city as everyone who works at SNL. We work out at the same comedy clubs. Tuesday just happens to be sketch-writing day at SNL HQ. At the very least, there’s a non-zero chance that someone at SNL saw it and thought, let’s work with that.

Gus Johnson, the hysterical, offbeat YouTube comedian, experienced something like this a couple years ago when SNL aired a sketch that shared many architectural similarities to a bit he did.

I always loved Gus’s response. Many of his fans were crying foul, saying how dare SNL rip an idea from another comedian without crediting him for it. But he kinda just said, eh, whatever. If they took it, cool. Give me a look sometime. Whaddyagonnado?

And of course, no joke-theft blog would be complete without a nod to the famous Louie-Dane Cook scene:

The metaphor of the rocket sucking up stuff and shitting it out is perfect. Maybe that’s what happened.

I won’t flatter myself by saying that Saturday Night Live stole my joke. That tweet isn’t exactly a groundbreaking, hall-of-fame tweet, even by my standards. But to think that maybe, just maybe, the Mount Olympus of comedy that is Saturday Night Live—the very place whose influence propelled me, more than any other comedian or show, to chase a comedy career myself—might have seen a joke I wrote and deemed it a decent starting point for a sketch that went to air?

Not bad for a Monday morning.