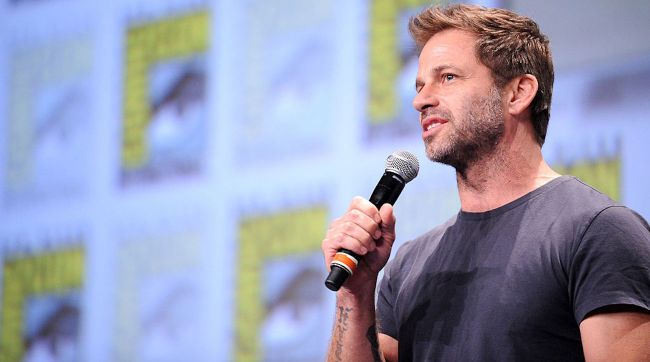 Rolling Stone released a hell of a piece of journalism on Monday night that detailed the rise of the “Release the Snyder Cut” movement on social media that eventually pressured Warner Bros. into greenlighting and funding Zack Snyder’s Justice League.

According to the report from Rolling Stone, some studio sources that they spoke to — the magazine spoke with more than 20 people involved with both the original Justice League and Snyder’s cut — believe Zack Snyder was “working to manipulate” the #ReleaseTheSnyderCut campaign, with one source even saying that “Zack was like a Lex Luthor wreaking havoc.”

As detailed in the report, social media firms hired by WarnerMedia found that 13% of the account that participated in the #ReleaseTheSnyderCut movement were fake, higher than the standard 3-5%.

As the mayhem built, many insiders questioned how organic the SnyderVerse legion really was. According to two reports commissioned by WarnerMedia and recently obtained by Rolling Stone, at least 13 percent of the accounts that took part in the conversation about the Snyder Cut were deemed fake, well above the three to five percent that cyber experts say they typically see on any trending topic. So while Snyder had scores of authentic, flesh-and-blood fans, those real stans were amplified by a disproportionate number of bogus accounts.

Rolling Stone also investigated the origins of forsnydercut.com, one of the most influential voices in the campaign:

Two firms contacted by Rolling Stone that track the authenticity of social media campaigns, Q5id and Graphika, also spotted inauthentic activity coming from the SnyderVerse community. And yet another firm, Alethea Group, found that the forsnydercut.com domain — which claims to have made the #ReleaseTheSnyderCut hashtag go viral in May of 2018, and became the landing hub for efforts to bring Snyder back to the helm of the DC universe — was, at least at one point, registered to a person who also ran a now-defunct ad agency which promoted its ability to bring “cheap, instant Avatar traffic to your website.”

Snyder — who has since moved onto Netflix, where he is currently in production on his sci-fi epic Rebel Moon — did respond to Rolling Stone‘s request for comment and denied accusations that he manipulated the movement, instead saying that “if anyone was pulling strings on the social media fervor, it was Warner Bros. trying to leverage my fan base to bolster subscribers to their new streaming service.”

Ultimately, including the cost of marketing, Warner Bros. spent around $100 million on Zack Snyder’s Justice League, which was released on HBO Max in March 2021 and was far better received than 2017’s theatrical version by both critics and fans alike, despite its 4+ hour runtime.