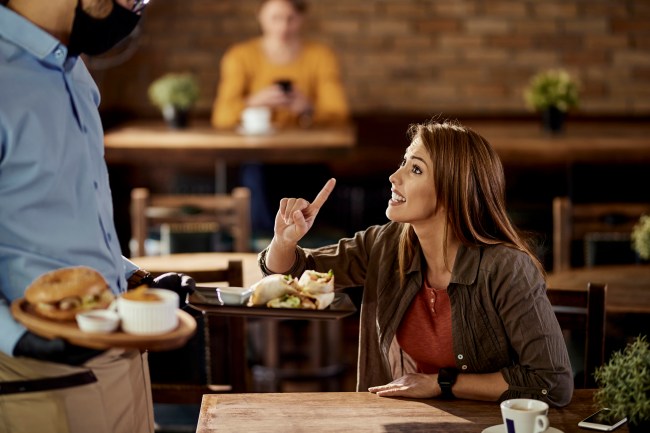 The name Karen has been having a rough time in 2020. It has become synonymous with the type of entitled and privileged woman we see countless times on social media every. single. day. demanding to speak to the manager and refusing to wear a mask. I really don’t need to explain the modern meaning of ‘Karen‘ to you because it reached mainstream use overnight and is practically a household phrase right now.

This has probably made life pretty un-fun for all of the Good Karens out there and there are an estimated 1,108,024 women named Karen living in America. My own mother was named Karen and I lost her in January but I find myself wondering daily how I’d explain this ‘Karen’ phenomenon of 2020 if she was still here. Do I love seeing my late mom’s first name dragged through the mud every single day? I don’t. I’ll be honest, it’s not great for me at all. But this isn’t about my feelings, this is about making sure all of the Good Karens out there (like my mom) receive the respect and appreciation they deserve.

The Chick’nCone restaurant in Houston, Texas announced ‘Karen Day’ this past weekend, a Karen Appreciation Day for all of the Good Karens out there who have seen their names tarnished by a bunch of jerks named Kathy, Becky, and Ashley. All they had to do in order to receive their free meal was to show up and ask for the manager. Seriously.

The KAREN’s ARE COMING!
We know this year has been interesting for anyone named Karen, that’s why we’d like to host a “Karen Day” to show sympathy to the good “Karens” of the world!!
If your legal name is Karen, stop by Chick’nCone on August 17th and redeem a FREE Chick’nCone when you say the password at the register: “I want to speak to the manager”

According to an article on Fox News, around 40 Karens showed up to take advantage of Karen Appreciation Day and it was a well-received event.

“The event was well received and got a lot of attention,” De Amat said. Though the eatery had a positive turnout, De Amat did share not everything went according to plan.

“Terrance Foley, the [General Manager] mentioned that at two points in the day Karens came in and asked to speak with the manager – so he would introduce himself and ask what assistance they needed,” she said. “Since they made no mentioned of the offer, he himself forgot that it was Karen Day.” Forgetfulness aside, all Karens who arrived reportedly were able to cash in on their free chicken cone, which is a waffle cone filled with fried chicken. (via)

I can’t honestly say that I’ve ever been served fried chicken inside of a waffle cone before but my interest is certainly piqued after seeing a picture of this dish on Instagram. It looks damn good, dunnit?

I’d like to think that I could pop on down to the County or State Fair when it comes through next but the chances of holding fairs this year seem pretty slim at this point and I’m just now realizing that Carnival Folk (Carnies) are a group getting crushed by corona that we haven’t discussed at all.

By the way, the ‘Male Equivalent of Karen‘ has been a hot topic ever since the Rise of Karens happened this year and a Redditor recently ran 70 years of data to determine the male equivalent and his findings were pretty fascinating. Check it out here.