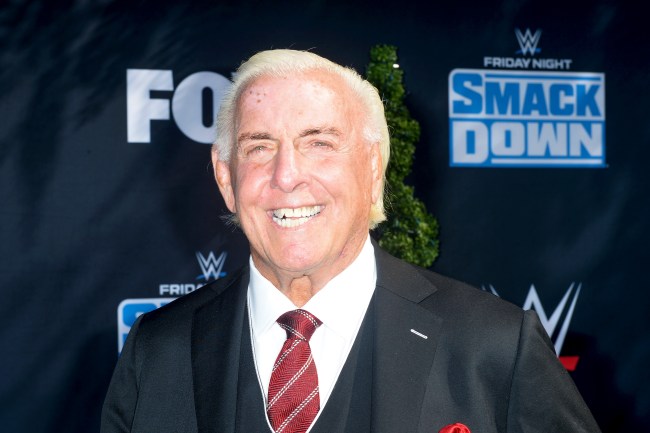 Just months after Ric Flair racked up a $1.8 million hospital bill after rupturing an intestine and being put into a medically-induced coma, a reasonable person may deduce that the most active the 70-year-old gets nowadays is belting out a court-mandated “WOO!” when he wakes up in the morning.

But we know better. That is simply not the Nature Boy’s nature.

The 16-time World Champion took a holiday vacation to Vail, Colorado and produced a late entry for one of the more watchable 15 seconds of 2019.

Ric Flair had some special guests as he married for the fifth timehttps://t.co/vQacYNcaiv pic.twitter.com/2jVA5VuBA5

Jokes aside, the mere fact that Flair is attacking life again is a miracle. Let’s not forget how dire things looked for him not long ago.

“I had kidney failure, respiratory heart failure, I was septic, and I had pneumonia all at one time, so I guess I was in so much pain they had to induce a coma because [wife Wendy Barlow] said I was just screaming. They couldn’t give me enough medicine. And then, it took 12 hours to get me ready for surgery. And then, 12 days in a coma and 31 days I had to sit in intensive care. And then, I had to go to a rehab facility to learn how to walk and just starting from scratch again.”

Please, if you’ve got a couple minutes, watch the full two-minute clip of his ice skating adventure.

The Nature Boy even tried his hand at skiing.

Fast forward to the 3:45 mark for the grand finale.