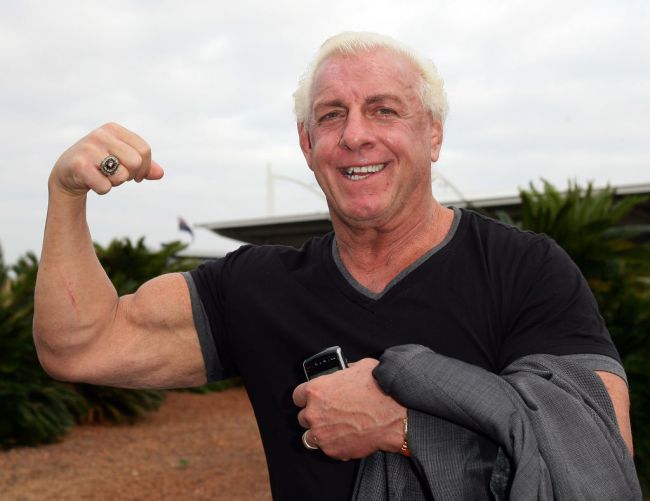 “Space Mountain may be the oldest ride in the park, but it has the longest line.”

When I finally got my way in the summer of 2002, after my fifth straight trip on Space Mountain, my father sat me down with a candy apple and told me the truth.

The Nature Boy wasn’t a coaster guy. Never was. When he claimed to take 10,000 women aboard Space Mountain, he was never actually employed by Walt Disney, or in the state of Florida for that matter. Space Mountain was merely a euphemism for Flair’s sexual prowess.

And a whole new admiration was born.

People are saying this is Ric Flair 😳 pic.twitter.com/k7DyweVkDo

The internet immediately jumped to conclusions, which is understandable considering an estimated 22% of sex acts in the United States in the past 30 years have been performed by Ric Flair. Don’t fact check that.

Big Conrad Thompson and Ric Flair at the next family shindig pic.twitter.com/rdvaTFBiDj

Goes to Twitter to see why Ric Flair trending. pic.twitter.com/3C4OFdycC6

When you see why Ric Flair is trending pic.twitter.com/HZNOm8HavV

Ric Flair got his release, alright

Flair, who married his longtime girlfriend and former WCW manager Wendy Barlow in 2018, hopped on Twitter to debunk the rumors that it was him who was enjoying a snack.

This Picture Is As Real As That Other One Floating Around. The Nature Boy Doesn’t Ride Trains! WOOOOO WOOOOO! pic.twitter.com/XdM6AlQ3wM

Breathe easy, Wendy Barlow. The next time you come up for air.