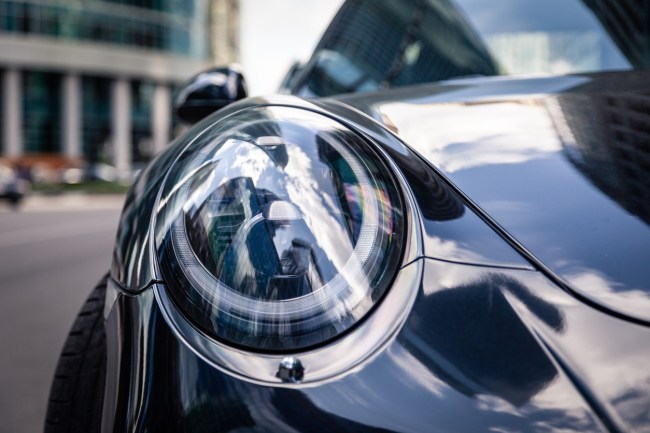 While you were struggling to purchase a spicy potato taco and cinnamon twists off Taco Bell’s value menu, the New York elites were deciding which million-dollar vintage Porsche to purchase during the coronavirus pandemic.

“I’m selling watches, I’m buying watches. It’s crazy. I have no reason right now to buy a watch,” said John Demsey, the executive group president of the Estée Lauder Companies. “I’m at home all day at a computer. Time is staring me right in the face. What reason do I have to look at my wrist? But I want a tangible sign of something, so I’m looking at watches.”

Sports cards are also a hot commodity. One sports collectible site said they grossed $45 million during their winter auction – last year they made $4.7 million.

Last May, Ariana Peters — who, along with her sisters Dakota and Dresden Peters, owns what some believe is the most valuable sneaker collection in the world — had her biggest sale in five years of being in business: a pair of autographed 1985 Air Jordans that fetched $275,000.

Ms. Peters actually sounded somewhat surprised talking about all this, perhaps because she and her sisters only got into the business because their father, a retired real estate developer named Douglas Roy Peters, bought so many pairs of sneakers they were running out of places to put them.

A coffee table constructed by T.H. Robsjohn Gibbings sold for $237,500 during the pandemic, and in one auction $2.5 million in furniture was sold.

Nicholas Abouzeid, who is the 24-year-old head of marketing at MainStreet, made “more than what somebody should make in a year” in the stock market with tech companies including Slack, Stitch Fix, Shopify, and Fastly. Abouzeid’s “holy grail item” is a first-edition “Booster Box” of Pokémon cards.

In October, a rare gem-mint first-edition Charizard card sold for an astounding $183,812. Which was purchased by rapper Logic.

Jackson Moses, a venture-backed founder who is the head of partnerships at MainStreet, spends his money on vintage whiskey. One of his prized possession is a rare, vintage Kacho Fugetsu whiskey, which he hasn’t opened yet.

“Kacho Fugetsu is the Japanese Kanji for Flowers, Birds, Breeze, and Lunar,” according to Whiskay, an online retailer that specializes in rare and exclusive whiskeys.

If Moses’ investment in whiskey sours, he points out that all will not be lost, “Then I’ll finally have an excuse to drink it.”

🥃 My whiskey collection has accelerated during COVID. The two are 100% correlated. pic.twitter.com/7uVtEMSclV