Rapper Rich The Kid Is Looking For A Professional Blunt Roller And The Job Pays Very, Very Well 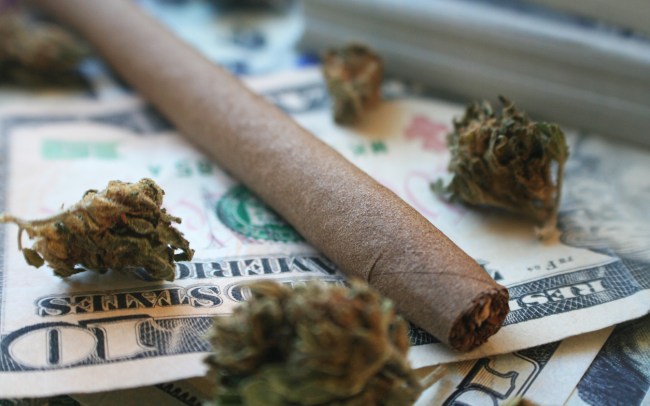 Saturday was 4/20—a.k.a the weed number—an international holiday where people with an affinity for Baja jackets, the music of Sublime, and a tendency to routinely smoke copious amounts of marijuana on a regular basis are briefly given an excuse to do so without being overly judged.

While I’m not sure how Rich the Kid feels about drug rugs and 90s ska, I do know the rapper is a fan of marijuana and marijuana products and he expressed his appreciation for the drug over the weekend while attending a festival being thrown in its honor.

Mr. Kid decided to celebrate the occasion by rolling up a fat blunt (as is tradition) and was in the middle of the delicate operation when he had a realization: he’s far too semi-famous to be doing that shit himself.

As a result, he decided to rectify the situation by posting a job offer in the form of a video where he announced he’s in the hunt for someone who can join him on tour to perform one simple task: rolling mad blunts.

The rapper reaffirmed his offer after replying to a tweet concerning it and it was only a matter of time until the applications started to roll (get it?) in.

I can roll anything you hand me on moms! pic.twitter.com/BKXT8W6ijt

I am Roll 3.5 in a Wood or 4zips in a Fronto ..its Gone look like this and Smoke EVERYTIME⁉️🍂🍂🍂 pic.twitter.com/hZvZlQf5ND

Did someone call me?? pic.twitter.com/8su6kAi6qo

HMU to be your blunt roller pic.twitter.com/bLIuG0Z3zR

The Queens native floated a similar offer last year and followed in the footsteps of Waka Flocka Flame, who offered $50,000 for a full-time position back in 2014.

I can certainly think of worse jobs to have.