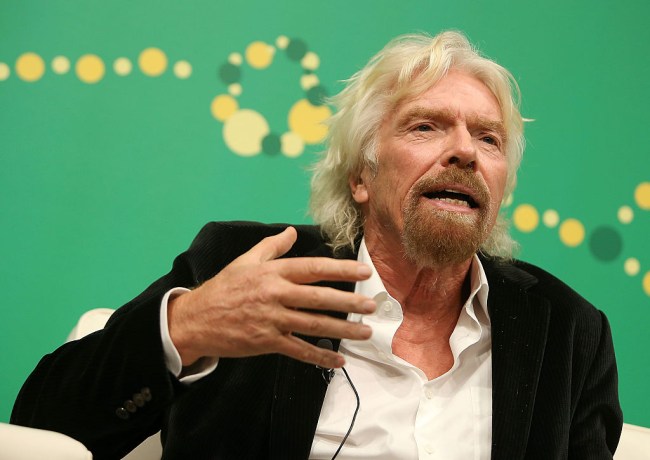 It’s barely been a week since Hurricane Harvey swept across Texas and left a path of destruction in its wake, and now Hurricane Irma— the strongest Atlantic storm ever recorded— is barreling towards the coast of Florida with no signs of letting up anytime soon. You’d think that anyone with the opportunity to get out of the path of the storm would take the chance to do so, but there’s at least one person who’s refusing to flee: billionaire Richard Branson.

That’s right— a man with a literal fleet of planes at his disposal and a reputation for globe-trotting has decided that the best place for him to be when a hurricane hits is on an isolated island in the Caribbean. Time reports the buildings on the private Necker Island are designed to withstand storms of this magnitude, but when you’re looking at winds approaching 185 MPH, you’ve really reached a point where you’re just asking to be smited.

In a statement, Branson said that some more level-headed people had decided to leave the island but that he refused to back down:

“We had some lovely guests staying on Necker Island who have cut their trip short for safety reasons, and another group of guests have also postponed. I will be on Necker alongside our team, as I have been on the three times we have had hurricanes over the past 30 years.”

The Telegraph says Branson plans to flee to his wine cellar if things end up getting truly dicey, so at least he has something to fall back on. Here’s to hoping his hubris doesn’t end up catching up to him.