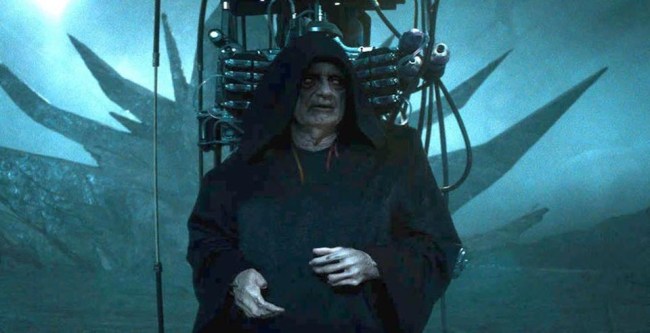 The Rise of Skywalker was bad. If you feel otherwise, well… well, first and foremost I respect your opinion! You’re totally entitled to it and I’m glad you feel that way — at least one of us enjoyed it. But the facts are that you’re wrong: The Rise of Skywalker is objectively not good and perhaps the worst Star Wars film since the prequels.

Now, while we don’t need to get into the intricate details of why The Rise of Skywalker was such trash, for the sake of this argument, we do need to highlight Emperor Palpatine’s truly preposterous return to the franchise.

To be clear, I don’t necessarily hate the idea in theory, but more so in its execution: in the previous two sequels films — The Force Awakens and The Last Jedi — Palpatine is not even mentioned once. Then, out of literally no where, he’s back! And not only did he return, but Disney didn’t even treat it as a twist, as Palpatine’s voice was used in the marketing for The Rise of Skywalker. Then, literally, as soon as the movie begins with the opening crawl, Palpatine is back! There’s no build-up. No tension. No drama. Just boom — he’s back! It was haphazard and forced and detrimental to the film.

So, all of this is just a long way of saying that I find Disney’s attempt to retroactively explain Palpatine’s return in the novelization of the film absolutely ludicrous. Folks, I’m no Hollywood screenwriter (yet), but I reckon having to explain a movie’s most integral plot device outside of the film itself is not a good thing.  Nevertheless, that’s exactly what Disney has done, as they’ve used the novelization of Rise of Skywalker to retcon in the fact that Palpatine was a clone.

Although the novelization isn’t officially on sale until March 17, Lucasfilm Publishing decided to sell advance copies at this weekend’s C2E2 in Chicago and passages have begun appearing online. The book does indeed confirm that the Emperor’s spirit has been transferred into a clone body. When Kylo Ren arrives on Exegol and encounters Palpatine, he looks closely at the machinery the Emperor is physically attached to, and recognizes it from his studies of the Clone Wars. He then deduces Palpatine’s dark side spirit is too strong for the clone body, and is causing serious degeneration to it.

“All the vials were empty of liquid save one, which was nearly depleted. Kylo peered closer. He’d seen this apparatus before, too, when he’d studied the Clone Wars as a boy. The liquid flowing into the living nightmare before him was fighting a losing battle to sustain the Emperor’s putrid flesh.

“What could you give me?” Kylo asked. Emperor Palpatine lived, after a fashion, and Kylo could feel in his very bones that this clone body sheltered the Emperor’s actual spirit. It was an imperfect vessel, though, unable to contain his immense power. It couldn’t last much longer.” [via Screenrant]

There ya have it: he was a clone. Siiiiiickkkkkkkkk.