Robbie Lawler Previews UFC 276 Fight Vs Bryan Barberena, Reveals What Motivates Him To Keep Fighting, And Why He Loves Watching Israel Adesanya Fight 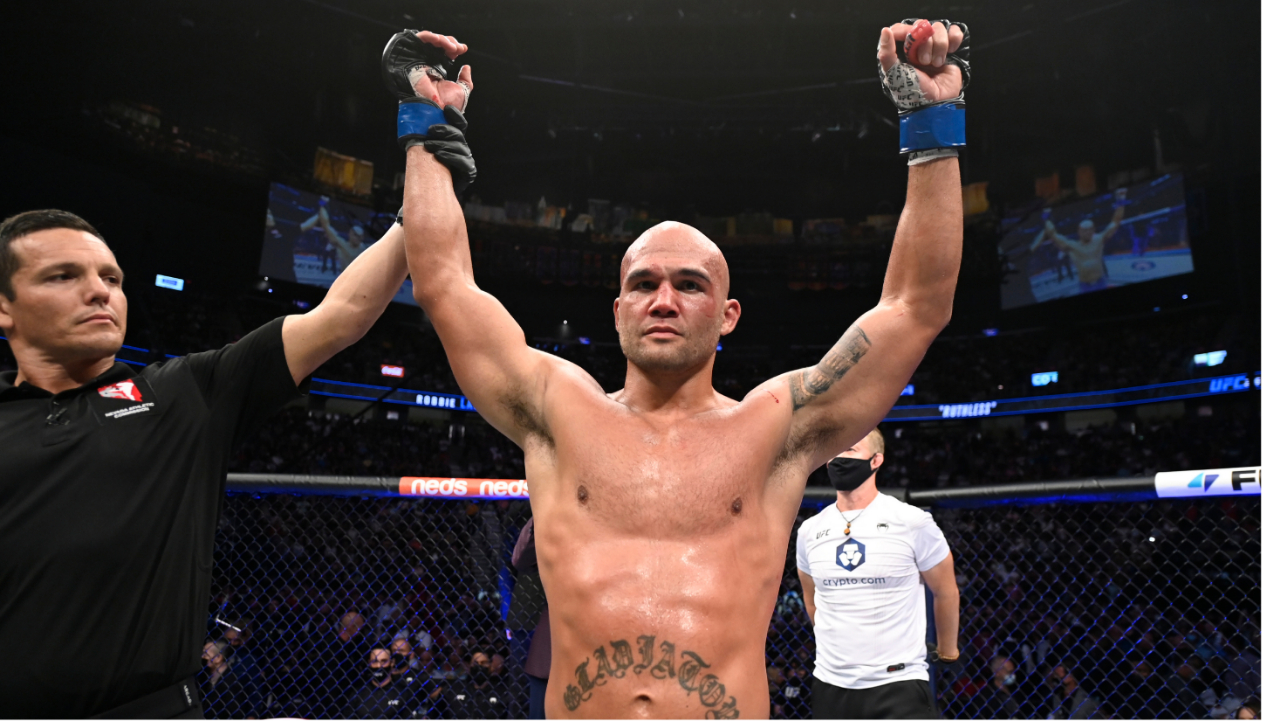 UFC veteran Robbie Lawler has spent over 20 years competing in MMA but it doesn’t seem like he’s slowing down anytime soon.

We sat down with Lawler during International Fight Week, courtesy of Kill Cliff, and talked his upcoming fight with Bryan Barberena, his admiration for Israel Adesanya, and what motivates him to fight at this stage of his career.

Lawler is set to face brawler Bryan Barbarena at UFC 276 in a fight that is sure to be a barnburner but the former UFC welterweight has a simple game plan that has served him well throughout his career.

“I just expect to go out there and fight how I fight, try to dictate the pace and get in his face and land some shots and not get hit. So that’s always the plan, like, take as little punishment as possible and hand out as much as possible.”

Despite spending over 20 years in the sport, Lawler has no plans of slowing down and is taking things one fight at a time.

“I enjoy competing. I enjoy testing myself and getting my body ready. The preparation is something I’ve always enjoyed, so it’s having the right training partners around me to push me and get me ready definitely helps.

Lawler had nothing but praise for his Kill Cliff fight club teammate Israel Adesanya, who is fighting Jared Canonier in the main event of UFC 276.

“He’s really dangerous. Long, good stand up. Good feint. He does a lot of stuff really well, and he comes to fight. He’s a technician out there, and he’s a finisher. So anybody who goes out there looking to finish, he’s definitely a high level striker and puts on exciting fights.”

On his partnership with Kill Cliff.

“Yeah, everything’s going great with them. Really good, healthy drinks that taste really good. Green tea in there. Sometimes when you do caffeine, like, you get this rush of energy and then you get that crash with the green tea caffeine, it’s smooth so You don’t get that crash plus it tastes good. Those Guys are great to work with and definitely gives me some energy=, and without sponsors, really, that’s what the sports all about, especially the younger guys, beeing able to continue to do this at a high level for as long as I’ve done it. It’s nice to have sponsors like Kill Cliff to help me continue on my path and help up and coming fighters continue to do what they do. This sport is hard enough, and to try to do without sponsors just makes it that much tougher.”