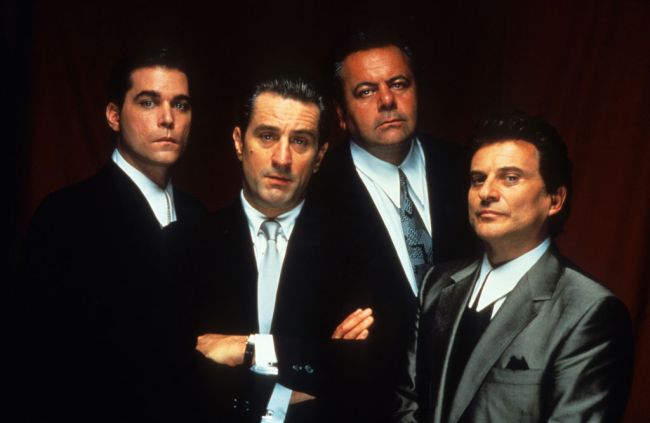 On Thursday, news broke that legendary Goodfellas actor Ray Liotta had passed away at the age of 67 years old.

According to reports, Liotta, who was on location filming a movie in the Dominican Republic, passed away in his sleep. At this time, no further details about his passing have been disclosed, although authorities say foul play in not expected.

Following the news of Liotta’s passing, tributes to the late actor poured in from all across Hollywood, including from the likes of Martin Scorsese and Robert De Niro, with whom Liotta made the 1990 classic Goodfellas.

In his statement, Scorsese called Liotta a “uniquely gifted, adventurous, and courageous” actor:

“I’m absolutely shocked and devastated by the sudden, unexpected death of Ray Liotta. He was so uniquely gifted, so adventurous, so courageous as an actor. Playing Henry Hill in Goodfellas was a tall order, because the character had so many different facets, so many complicated layers, and Ray was in almost every scene of a long, tough shoot. He absolutely amazed me, and I’ll always be proud of the work we did together on that picture. My heart goes out to his loved ones, and it aches for his loss, way too early,” Scorsese said in a statement.

De Niro, in a much briefer statement, echoed the sentiment that Liotta was way too young to be gone:

“I was very saddened to learn of Ray’s passing. He is way too young to have left us. May he Rest in Peace,” De Niro said in a statement.

During his four-decade-plus-long career, Liotta starred in over 100 films, with the most significant being Martin Scorsese’s 1990 classic Goodfellas, which saw Liotta star as real-life gangster Henry Hill alongside the likes of Robert De Niro and Joe Pesci. In addition to Goodfellas, Liotta was also known for roles in Something Wild, Field of Dreams, Cop Land, Hannibal, John Q., Killing Them Softly, The Place Beyond the Pines, Marriage Story, and more.