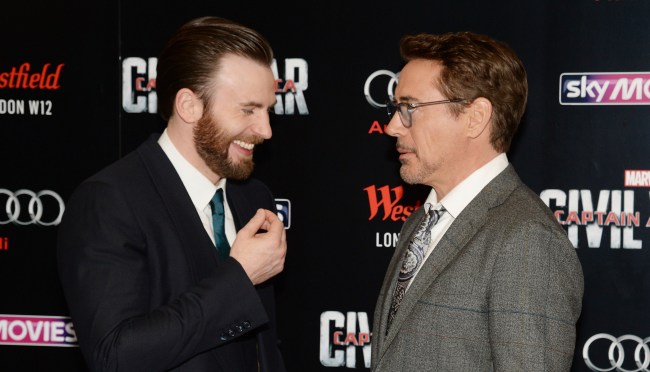 Robert Downey Jr. seems like he’s the type of guy who would be really nice to have as a friend.

He’ll get matching tattoos with you. He lives in a home that’s like a funhouse for adults. He likes to give back to those less fortunate than him. And gives out really cool personalized gifts to his co-workers.

Downey designed, Speedkore built and Evans driven. Get the story of Chris Evan’s car on YouTube before you see it on CNBC this Thursday! Huge thanks to @robertdowneyjr @speedkore01 and Chris Evans! #ChrisEvans #RestoMod #JayLenosGarage

“This car was a gift from Mr. Robert Downey Jr.,” Evans told Jay Leno on his CNBC show, Jay Leno’s Garage, last fall. “I think they’re aesthetically beautiful, but I don’t know much about it. He started pointing at other cars on the street, saying, ‘What do you think of that one?’ In my head I’m like, ‘Is this guy going to give me a car? There’s no way he’s going to do this. And, then sure enough, I showed up on set one day and it was there.”

The Camaro has a Whipple 2.9-liter supercharger which gives it around 750-hp, and a plaque proclaiming it a “Steve Rogers special edition.”

“This is way out of my league,” Evans told Leno.

Like I said, it’s got to be good to be one of Robert Downey, Jr.’s friends.