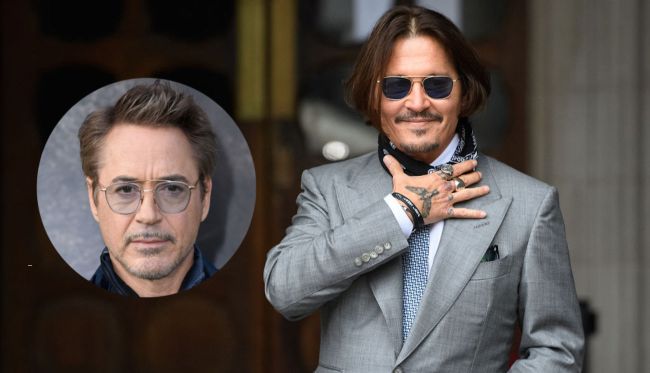 Johnny Depp famously won his defamation lawsuit against his ex-wife Amber Heard a few weeks back, which has effectively kicked off the beginning of his comeback tour. Depp certainly didn’t take long to being his climb back to the top, as he announced he and Jeff Beck would be releasing a new album later this summer.

Since Depp’s victory, tons of stories have come out about how he spent the hours and days after, such as spending over $60,000 on a dinner following the news of his lawsuit win. This latest anecdote comes courtesy of Depp’s friend Josh Richman, who said during a recent charity event that the 58-year-old Pirates of the Caribbean star received a congratulatory Facetime call from fellow A-list actor Johnny Depp.

The 59-year-old actor was “stoic” in a UK hotel room while his friends and staff cried and screamed around him when the verdict was announced. Even Jeff Beck flipped off the television screen, Richman explained. A spokesman for Depp confirmed to The Post that Downey Jr. FaceTimed the “Pirates of the Caribbean” star after the verdict was announced. [via The New York Post]

While Depp has announced that his next project will be an album, fans of his are obviously waiting to see what his next film will be.