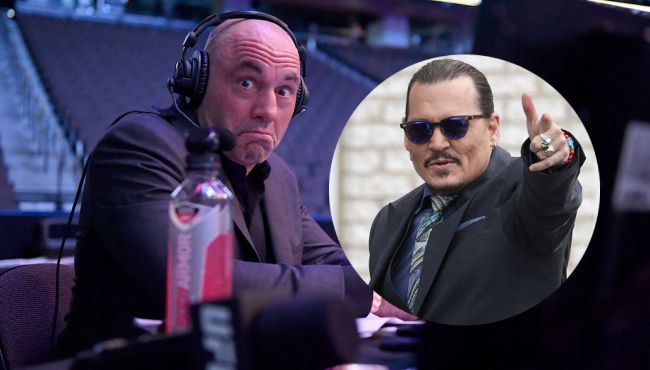 No matter how you feel about Joe Rogan personally, there’s simply no denying that you have to respect his rise to having what some consider genuine public power, as the 54-year-old podcasting powerhouse first came on the scene — at least as far as I’m concerned — as the host of Fear Factor.

I’m sure you’ve seen the meme of the young woman putting her Grandmother to bed, simply assuming that her memories of Joe Rogan “having hair” and making people “eat bugs for money” were just the ramblings of an old, confused woman. To go from that to arguably the world’s most popular podcast is a *hell* of a rise.

He actually reminds me of — since Stranger Things is back in the culture these days — the Upside Down version of Bill Simmons. Just two dudes with no particularly definable skills other than an above-average interest in sports and an ability to talk who just so happened to be at the right age when the podcasting boom began. But I digress.

The fact is, when Joe Rogan talks, a lot of people listen, which also probably means a lot of people (unfortunately) have been waiting for his take on Johnny Depp’s victory in his defamation trial against his ex-wife Amber Heard.

Well, internet party people, Rogan has delivered what appears to be the Dragonball Z style “Final Form” of his Johnny Depp take and it is, simply put, perfectly JR (meaning that his fans will likely love it and his haters will likely, you know, hate it).

“I think it was probably good for all people who believe in the truth,” Rogan said when asked for his thoughts. “And the problem is there’s like this boys versus girls narrative that I think we all get into on these things,” Rogan said during a recent appearance on Andrew Schulz and Akaash Singh’s YouTube show Flagrant.

Rogan’s opinion is just the latest evidence that Depp also won in the court of public opinion, which is arguably more important. That’s certainly made clear given the fact that Depp has already announced his first post-trial-victory project, meaning the Comeback Train as officially left Controversy Station.