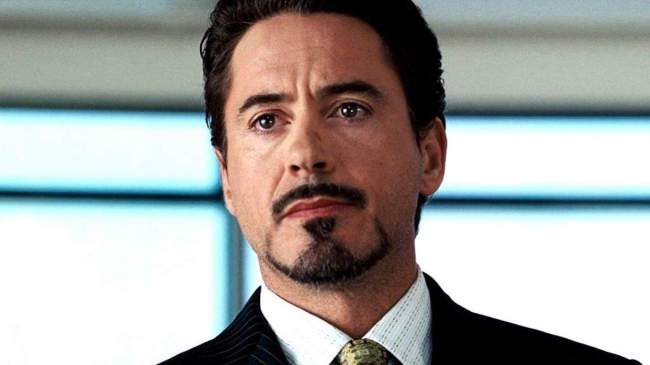 Today — Sunday, May 2 — is the 13-year anniversary of the release of Iron Man, which marked the dawn of the Marvel Cinematic Universe. That’s right, the MCU is a teenager now!

And what a ride it’s been. When Shang-Chi and the Legend of the Ten Rings hits theaters in September, it’ll be the 25th film in the Marvel Cinematic Universe, which is a total that would be higher had it not been for the pandemic. And of those 25 films, a whopping six of them rank among the Top 20 highest-grossing films of all time, with three of them cracking the Top 10. Needless to say, in its 13-year-existence, the Marvel Cinematic Universe experiment has been one of the great success stories in the history of the medium. And with the launch of the Disney+ era and the endless stream of films on the way, it doesn’t appear to show signs of slowing down anytime soon.

All that said, though, just because the MCU is perhaps the most well-oiled money-making machine in the history of Hollywood now does not mean it began this way. After all, how can we forget that Edward Norton was originally the franchise’s Bruce Banner?

Like most things in life — good or bad — there was some luck involved in the MCU’s origin story, most notably in terms of how well the then-risky casting of Robert Downey Jr. worked out.

Back in 2006, when Jon Favreau was hired to direct the film, Downey Jr. was far from the global movie star he is today, as a decade-ish of legal trouble had marred his once-promising career. As we now know, the decision to put the franchise on Downey Jr’s shoulders turned out to be one of the wisest Marvel Studios has made, as the Iron Man actor became the face of the multi-billion dollar of the franchise for over a decade, all the way up until his character’s epic death in 2019’s Avengers: Endgame.

Downey Jr’s contributions to the Marvel Cinematic Universe goes far beyond the dollars and cents, though, as the Academy Award nominee famously ad-libbed the “I am Iron Man” line that closes out the 2008 film, which is a decision that Marvel Studios President Kevin Feige credits with shaping the narrative future of the MCU.

"I am Iron Man" was ad-libbed by Robert Downey Jr., with Kevin Feige later crediting this moment as the catalyst to do away with secret identities in the Marvel Cinematic Universe.

The line was not scripted — it was a Downey ad-lib — so it took a measure of courage to include it. The audience reaction gave Marvel Studios the confidence to do it again when they brought Thor to the screen (in decades of Marvel Comics, he had a secret identity as Dr. Donald Blake) and to make other fundamental changes to characters without fretting about fan backlash.

“That success inspired us to go further in the trusting ourselves to find balance of staying true to the comics and the spirit of the comics but not being afraid to adapt and evolve and to change things,” Feige said. “It’s a fine line. If you’re changing something for no reason, that’s one thing, but if you’re changing something because you want to double-down on the spirit of who the character is? That’s a change we’ll make. Tony Stark not reading off the card and not sticking with the fixed story? Him just blurting out ‘I am Iron Man?’ That seems very much in keeping with who that character is. It just hadn’t been done in the comics before, but it was something very much in keeping with the comics character and what he could have done. I think it did inspire us on all the movies. What I love now — 20 movies in — is how fans expect the MCU to change and adapt. They expect us to be inspired by the comics as opposed to being slavishly devoted to them.” [via Deadline]

To this day — 23 films into the Marvel Cinematic Universe — only Peter Parker/Spider-Man maintains a secret identity, and even that was torn down in the closing moments of the last film the MCU released, 2019’s Spider-Man: Far From Home. For however long the MCU is around, that ad-lib from Downey Jr. will have a lasting impact. That’s what you call a legacy.