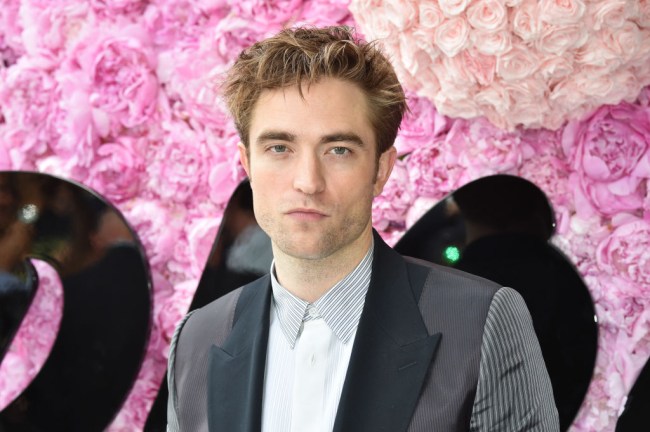 Just months after being named as the new Bruce Wayne, Pattinson was named as the most handsome man in the world. Pattinson defeated other debonaire studs, including Henry Cavill, Ryan Gosling, and George Clooney. The list was created by using science, specifically the Golden Ratio of Beauty Phi.

The Golden Ratio of Beauty Phi, which is also known as The Fibonacci Ratio and The Divine Ratio, is the mathematical equation the ancient Greeks would use to quantify how beautiful a human’s face is. The ratio looks for how symmetrical a person’s facial features are and gives each area a numerical rating on how close to perfection their face is. The Golden Ratio is a mathematical ratio of 1.618:1; the ratio plastic surgeons believe is the perfect facial alignment.

Of all the male celebrities in the world, the Twilight star was named the most handsome. Pattinson scored high points in the categories: face shape, forehead, eye position, nose width/length, nose base width/length, lips, and chin. All in all, the 33-year-old Pattinson received a total physical attractiveness score of 92.15%.

“Pattinson was in the top five for nearly all the categories because he has such classically shaped features and a wonderful chiseled jaw,” said Dr. De Silva, who runs the Centre For Advanced Facial Cosmetic And Plastic Surgery in London. “His only score below average was for his lips, which are a little thin and flat.”

George Clooney had previously been the world’s most handsome man, but the 58-year-old Hollywood actor fell most in part from aging, specifically around his eyes, according to the Centre For Advanced Facial Cosmetic & Plastic Surgery.