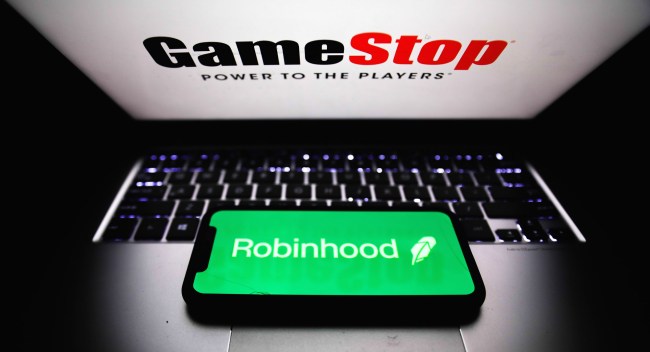 Stock trading app Robinhood took quite a beating, receiving over 100,000 one-star reviews in the Google app store after blocking users from being able to purchase stocks for companies like GameStop, AMC Theatres, Blackberry and others last week.

Robinhood CEO Vlad Tenev stuck by his guns, saying it was the “correct” decision to “protect investors” and not because the company did not have enough cash on hand to handle all of the transactions.

A few days later, it was reported that Robinhood had raised $2.4 billion from its investors.

“This round of funding will help us scale to meet the incredible growth we’ve seen and demand for our platform,” said Jason Warnick, Robinhood’s CFO in a post on the company’s website on Monday.

That funding made it a grand total of $3.4 billion that Robinhood raised in just five days – more money than it had raised in the eight years previous.

Good thing too. Because Robinhood is going to be spending a big chunk of that money on legal fees as it is now the defendant in over 30 class action lawsuits over the app restricting stock buys.

On Tuesday, PCMag counted 34 civil complaints against the company.

A Massachusetts-based man named Brendon Nelson was the first to file a class-action lawsuit against Robinhood, demanding it pay up in damages for depriving users of the chance to buy GameStop stock. Since then, dozens of users across the US have filed similar complaints.

Some of the lawsuits point out Robinhood users could only hold or sell the affected stocks as the share price for GameStop began to fall, benefiting short-sellers.

One complaint filed in Florida read, “This is what the Hedge Funds wanted. When everyone is only selling, the price cannot go up because no one can buy the shares.”

It also claimed, “Robinhood’s behavior was nothing more than a blatant conflict of interest and obvious monopolistic activity.”

Another lawsuit in California states, “This action artificially deflated the price of the effected stocks, including AMC and NOK, harming all investors who held the stock, to the benefit of those holding short positions. This action further harmed investors who intended to buy the stocks in the future, relying on a fair market to be available in the securities.

“Ironically, this action was to the benefit of hedge funds that hold short positions in these stocks. In other words, Robinhood (and Apex) stole from the poor to give to the rich.”

Charges being levied against Robinhood range from conspiracy to antitrust law violations.

Unfortunately for those filing suit, Robinhood’s customer agreement clearly states that it can stop stock buys anytime it wants, and it doesn’t have to give any prior notice.