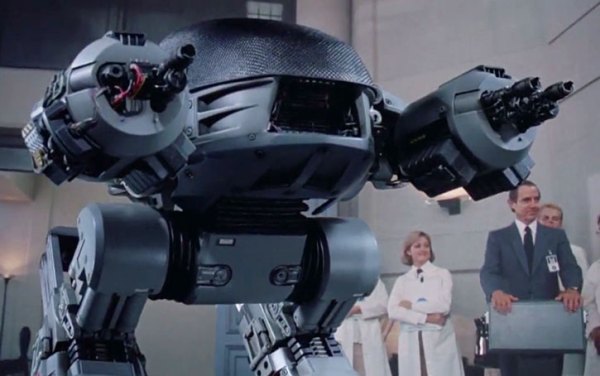 This story is not pretty or lighthearted, but if you thought that the impending robot revolution would be pretty or lighthearted then you are gravely mistaken. A week after a robot at an Amazon warehouse “accidentally” unleashed a potent 9-ounce can of bear repellent that sickened 54 employees including one critically, there just so happens to be another “accident.” This time the robot in question violently attacked an unfortunate human being and came within inches of ending his life. The robot revolution will not be televised.

We take you to China where the latest battle of the robot uprising occurred and the humans took another near-death “L” at the cold steel hands of our future robot overlords. A 49-year-old employee at a porcelain factory only known as “Mr. Zhou” was impaled by TEN separate FOOT-LONG metal spikes after a robot “accidentally” malfunctioned and toppled on him. If you believe that this man being skewered alive like your favorite lamb kebab was an accident then I’ve got a completely safe and obedient artificial intelligence network called “Skynet” that totally won’t become self-aware to sell you.

The victim of the bloody battle of the robot uprising was nearly killed. While the man didn’t dodge any of the ten metal rods, he did dodge the bullet after one of the spikes missed a major artery by just 0.1 millimeters. Thankfully, the human is in stable condition after undergoing surgery to remove the spikes from his body. You can see very graphic photos of the metal rods impaling the unfortunate victim of the pending robot revolution HERE.

If you never watched RoboCop and need to make pretend that the robot revolution isn’t on the brink of happening so you can sleep at night then that is on you, but that doesn’t erase the reality of the blood that will be spilled when the robot uprising happens in the near future. If I was you, I’d throw your robot vacuum cleaner and Alexa in the warm waters of your bathtub tonight so they can’t carry out another “accident.”

RELATED: Facebook Shuts Down AI System After Inventing Its Own Language And The Robot Uprising Begins