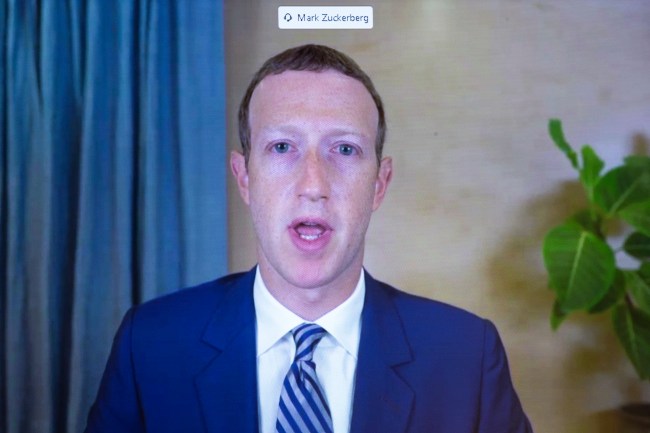 It feels like a full internet eternity ago when Mark Zuckerberg hunkered down in $7 Target chairs with two friends who were hoping to get him so drunk off smoked meats that he’d cough up his routing number.

In 2016, Zuck engaged in a 32-minute long Facebook Live video as he smoked brisket and ribs in a Big Green Egg while staking out in a disordered back patio that can best be described as Divorced Dad Getting Back On His Feet.

In the long-winded video intended to demonstrate the features of Facebook Live, Zuckerberg was so giddy about smoking his Sweet Baby Ray’s-lathered “brisket and ribs,” it led some to believe he was barbecuing a Winklevoss twin. In 2011, Zuck admitted that he only eats meat he kills, so that theory has legs.

The Smokin’ Meats video would be meme’d and supercut to all corners of the internet, and we have since learned via a Clubhouse admission that Zuck holds this meme dearest to his heart.

“Probably, if I had to go with a favorite, I think it’s gotta be ‘smoking meats,'” he said when asked about his favorite meme by host and venture capitalist Josh Constine. “I do love grilling and cooking, and that was silly, and I appreciate that everyone enjoys it.”

Zuckerberg went a step further this week when he demonstrated to the human world that he is not only capable of self-awareness, but self-deprecation.

What’s next? Zuckerberg jumps on a TikTok trend or inherits and alcohol dependence? His relatability makes me feel uncomfortable.