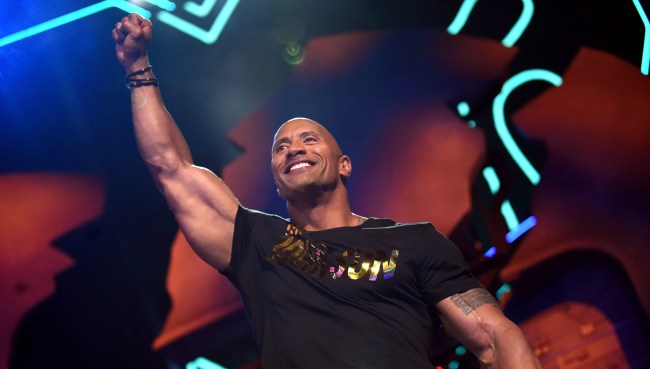 Dwyane Johnson, AKA The Rock, is a pretty likable guy, despite what his BFF Kevin Hart says about him.

For proof of this fact we have to look no further than last week when he gave his lifelong friend Bruno Lauer, AKA Harvey Wippleman, a brand new truck to say thanks for helping him out when he was young, broke and homeless.

In fact, The Rock is so likable that just before Christmas a website by the name of The Profile did a, you guessed it, profile on him and named Johnson the Most Likable Person in the World.

I really did! Was nice to reflect on the past stuff that’s lead me here. And to get your perspective on it all. Lots of other peeps you could write about, so I appreciate you taking the time to do it. Merry Christmas Polina!!! 🎅🏾🥃🥃

In the profile, Johnson’s life was dissected and his many philosophies were explored and apparently, he was pretty happy with it as he tweeted out a link to it mulitple times and promoted it on Instagram where he shared even more about himself.

“Big mahalo to writer, Polina Marinova for writing this profile. Thanks for taking the time as this was a nice surprise to read.

“True story – while I was ‘serving my time’ on my two week school suspension – I heard a quote that would actually help shape the rest of my life, perspective and work ethic — It’s nice to be important, but it’s more important to be nice.

“And plus life is soooo much easier when you’re not an a–hole 😊👊🏾.”

He’s not wrong there.

And thanks for not calling the popo on Dwanta last night when you thought it was B&E.
🎅🏾🖤 pic.twitter.com/l8CGhQcxpj