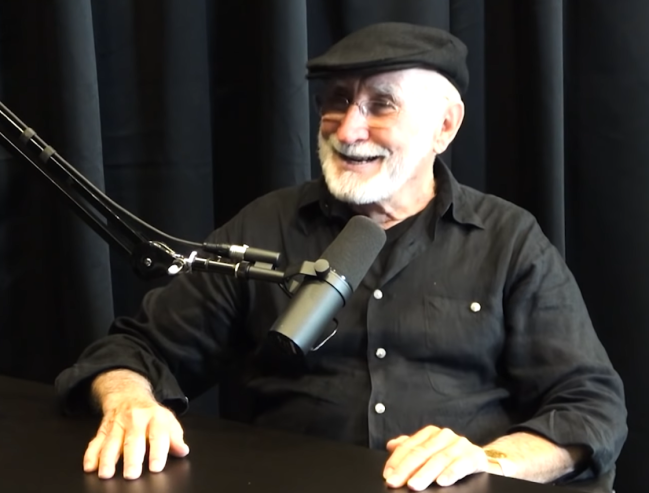 Roger Reaves grew up on a poor farm in Georgia, who went from making moonshine to becoming one of the most prolific drug smugglers of all-time. Reaves became a drug-running pilot for one of the biggest cartels in the world. Reaves explained his experience as being a drug-runner for Medellin Cartel kingpins Jorge Ochoa and Pablo Escobar in a recent podcast with Lex Fridman.

Roger, who completed more than 100 sorties across the U.S. border with plane loads of marijuana and cocaine, admits that money was the main motivator for him to commit crime, but also reveals that the thrill of drug smuggling was intoxicating.

“I bought seven farms, yachts, ships, airplanes galore,” Reaves explains, but reveals that all the money didn’t bring him the joy he thought it would. Reaves served 33 years in prison in 26 different prisons in seven different countries in four continents.

“As far as having to look over your shoulder everywhere you went, every phone call you made, make sure you was naked with somebody in the ocean before you talked,” Reaves revealed.

“It wasn’t worth spending 33 years away from my loving family,” Reaves said during the amazing interview about being imprisoned for drug-running.

Reaves talks about meeting Pablo Escobar for the first time, “He was just like a gentleman, just like you and I sitting here.”

“I had flown way one load for the fella, and it didn’t work out well, it took a while for me to get my money, and they didn’t put as many kilos as they were supposed to,” Reaves stated.

Reaves said he then made contact with Jorge Ochoa, who he said was the brains of the Medellin Cartel, and he “was just smart.”

“They were really nice people,” Reaves said of the cartel heads.

Reaves said he believed Pablo Escobar started out as a Robin Hood figure, but he changed during the course of being a drug kingpin.

Reaves said he hired Barry Seal, a friend of then-Arkansas Governor Bill Clinton, to fly planes with drugs, and paid him $1 million per flight to transport, and paid him in suitcases weighing 22 pounds of hundred-dollar bills.

Reaves said, “Everyone loved Barry.” He said that Seal was likely working with the U.S. Drug Enforcement Administration (DEA). Reaves said Seal was gun-running weapons to South America as per orders from the CIA, which Barry had worked for in the past.

Barry informed the feds about Reaves, and the U.S. government hunted down Reaves.

RELATED: Operation Odessa: Insane True Story Of How A Russian Mobster, Miami Playboy And Cuban Spy Tried To Buy A Soviet Submarine For The Cali Cartel

Reaves turned to “one of the biggest lawyers in Miami,” and he said that he didn’t want to be a “snitch.” The attorney told him, “Being a snitch is like being pregnant – you either are or you’re not.”

Reaves fled to Brazil to avoid being imprisoned.

When it comes to drug smuggling movies, Reaves said the movie American Made got “almost everything wrong, it was disgustingly wrong.” But Reaves said the Johnny Depp movie Blow nailed the life of drug smugglers, “It was a wonderful movie, absolutely captured it.”

“I was shot down twice, I escaped from five different prisons, I was tortured almost to death in a Mexican prison,” Reaves said.

Reaves said Mexican prison guards put his head underwater and beat him with rubber hoses until he was “black and blue and yellow” from the bottom of his feet to his head.

Reaves said the Mexican prison guards “bent him over” and injected hot chili pepper into his anus. Yet, he didn’t confess to his crimes.

The prolific drug smuggler said he was shot down while he was taking off in a plane full of drugs. Mexican law enforcement allegedly shot the plane while taking off, “As I pulled off the ground they opened up on both sides of me with machine guns, and they riddled that airplane, I mean the windshield came out, I got hit three times.”

Reaves ran up a mountain in an attempt to escape the Mexican authorities, and jumped on to a donkey, which he rode seven miles. He hid in a truck carrying corn to hide his identity.

Reaves was also shot down while flying drugs in Columbia.

He said U.S. prisons were atrocious, especially in regards to the racial separation. Reaves said he survived prison by running, read two books a week, playing chess, and “trying to enjoy his life every day.”

The drug smuggler believes he isn’t “much of a criminal,” adding, “I don’t lie cheat or steal, violence makes me sick.” He points out that he was tobacco farmer, and despite the drug killing hundreds of thousands of people, he was not ostracised. But if he farmed two marijuana plants that he would be labeled as a “scumbag.”

You can watch the entire Lex Fridman interview with Roger Reaves below.