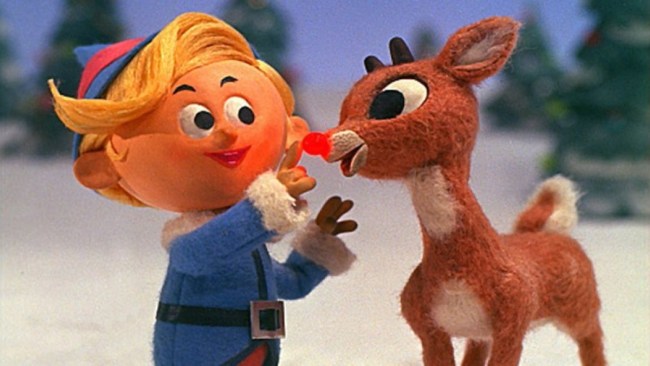 With another Christmas season very suddenly upon us, we’re met with the return of the Rudolph the Red-Nosed Reindeer television special once again. Now, I’ve seen the 1964 movie countless times, but in recent years, I’ve found myself more and more baffled and perplexed by the beloved holiday classic.

Simply put, Rudolph has just not aged well. Watching it now, it’s obvious that it has some issues and that it has enough of those issues for the special to now be seen as both problematic and somewhat troubling.

If for some reason you’ve never seen the special or it’s been ages since you have, let me quickly refresh you.

Two reindeer have a baby named Rudolph. He’s born with a bright red nose, making him an embarrassment to the family. They hide it but the truth eventually surfaces and Rudolph peaces out. At the same time, this little elf dude announces his desire to be a dentist and not a toy-making slave. He is also cast out of the North Pole.

The two end up teaming up and eventually run into a burly-looking fella who routinely licks his ice pick and is out mining for gold. They run away from a snow monster with googly eyes and come across the Island of Misfit Toys, which is as sad of a place as it sounds.

Eventually, they all return to the North Pole and it takes a massive snowstorm and the threat of Christmas being canceled for people to realize Rudolph has value and then they all live happily ever after.

It’s a heartwarming story that also has plenty of issues—including these eight that continue to bug the living hell out of me.

Issue 1: Why are reindeer such dicks?

As far as I can tell, they work one day a year and I’m assuming they get free housing. Even without seeing information such as salary, a benefits package, and other perks, you’d think they’d be in better spirits.

But they all seemed salty as hell, and when it comes to our boy Rudolph, they were all straight up dicks.

Also, male reindeer are incredibly chauvinistic, which is totally not cool. Beyoncé taught me women have value too and Beyoncé would never put up with these male reindeer acting the way they do.

She definitely wouldn’t be cool with the females letting their behavior slide either.

Actually, pretty much everyone should listen to Beyoncé.

Issue 2: Shouldn’t the North Pole be more progressive and inclusive?

Uh, yeah. I’d say that being just a little more progressive and a little more inclusive would be a step in the right direction at this point. Unfortunately, it seems like true change will only come when one of Santa’s eight reindeer is a female.

We’ll get there, ladies.

I also think we just need to wait things out until Ms. Claus starts having more of a say in the day-to-day operations. Then we might start seeing some change up there—things like better hiring practices and more thought put towards creating a safe work environment (unless she’s part of the problem, and if that’s the case, I worry that we could never see change up there taking the whole “immortality” thing into consideration).

Do better, North Pole. Do better.

Issue 3: How did no one never think that a reindeer with a headlight for a nose would be an asset?

So you’re flying a sleigh around the world and you are flying at night. On top of that, in at least half of the area you are traveling in, it’s winter. It would then be safe to assume that (climate change or not) it’s bound to be snowing somewhere during your travels.

Now I may be but a simple commoner—a man not all that familiar with aerial sleigh travel and the visibility restrictions that may or may not come with it—but I would think that if a reindeer were to be born with a built-in headlight, that reindeer would be one heck of a catch.

That reindeer would be sought after, recruited, and coached up like a five-star quarterback from the great state of Texas. That reindeer was born with a god-given gift. Remarkable.

How could Santa and the animals of the North Pole not see how much of an asset that is?

Dude. These people are idiots.

Issue 4: Isn’t it kind of lame that everyone only started being nice to Rudolph once they needed him?

That is just no way to treat people or reindeer.

Rudolph should have told them to pound sand when they came calling because they needed him and only then fully accepted him. At the very least, Rudolph should have held out for a raise or something. Get out of the cave and into a crib with some heat, choice furnishings, and a nice view of dancing penguins and the Northern Lights.

Issue 5: What the hell is up with the lion with the wings?

What’s up with King Moonracer, you ask?

I would say that unlike Santa, he’s a thoughtful and compassionate leader who’s eager to see his people succeed and find happiness. He’s not looking to hold anyone back or disparage them. He knows that everyone has something worth sharing and that everyone is special, regardless of whether or not they don’t work right and came with the wrong pieces.

King Moonracer is a progressive icon and not just the product of what was obviously a wild acid trip—like, a really wild acid trip.

No, like, I worry what that writer’s life might have been like afterward. Were they okay? Did they ever recover? Did they continue to take acid and write kid’s stories and ended up working for Disney or something?

Sadly, there are some questions in life that will never be answered.

Issue 6: I would think that if an elf wanted to be a dentist it would be encouraged in the North Pole

You know what sugar does, kids? It rots your teeth out.

So, if elves have a diet that is comprised almost entirely of candy, one would think that they would have a bevy of problems with their teeth (or at least what few teeth they probably have left).

Man, if only there was a dentist around to help these poor elves out.

Oh yeah. There was.

However, everyone routinely dumped on him and sent him packing because he didn’t want to build stuffed animals. Super cool, you guys.

I get that making toys is a top priority in the North Pole and maintaining the sleigh is probably number two on the list but I’d think that the long-term sustainability of the workforce and the well-being of said workforce would be a major priority as well.

Bringing in a nutritionist, physical therapist, and, yes, a dentist would be incredibly beneficial to not just the elves but the higher-ups as well. It keeps the risk of injury down, helps with insurance premiums, and ensures that team morale never falters or falls off a cliff.

This makes sense to me.

And they had a dentist right there in front of them!

There’s probably an elf or two also interested in nutrition and physical therapy too but they’re too afraid to say anything lest they be subject to the same ridicule, scorn, and bullying Hermey was.

They saw how our boy Hermey was treated when he announced his intentions to become a dentist and were justifiably afraid that they’d get the same kind of response if they made their desire to pursue a different occupation known.

That’s no way to run a business, foster a community, or create a culture of acceptance.

Issue 7: How long was Rudolph out there on his own after bailing on Hermey and Yukon?

While they’re at the Island of Misfit Toys, Rudolph decides he needs to strike out on his own. It’s a little bit of a martyr move, but whatever. He roams the North Pole for..uh, how long exactly? That part is a little unclear.

Now to be fair, I’m not all that familiar with the aging process of reindeer nor do I have any idea how long it takes for antlers to grow. While I would think it would take at least a year for them to fully form, they make it seem like he was only out there for a few days just kicking around, growing up, getting buff, growing hair in weird places, and having his voice change.

Here he is when he leaves. 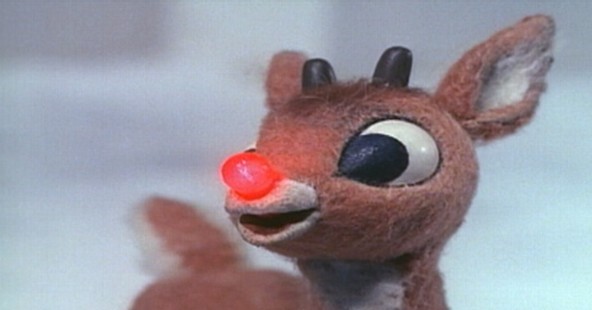 Here’s what he basically looked like when he emerged from the wild. 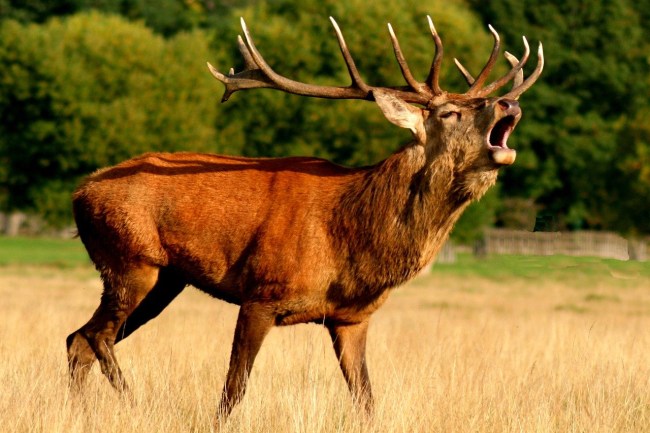 Something fishy is going on in the North Pole. Maybe you can credit it all to Christmas magic but  I’m starting to think that a place where toys talk and reindeer fly might not be on the up and up.

Issue 8: I’m sorry, but Santa gaining what has to be over 100 pounds in a less than a day doesn’t seem healthy

The threat of a snowstorm and the potential of Christmas being canceled ruined Santa’s appetite, and as a result, he started looking rather svelte.

Yet upon realizing that Rudolph wasn’t actually a weirdo but rather valuable addition to the team, Santa switches gears and in like, a day, packs on at least 100 pounds.

Regardless of what kind of magical world you are living in, that kind of rapid weight gain is simply not healthy. I think Santa is taking his immortality for granted if you ask me.

If only there were an elf among the ranks who harbored dreams of becoming a nutritionist and could help the old man out—especially as he gets up there in years.

The sad thing is that there probably is, but as I mentioned before, that elf isn’t about to come out and say it anytime soon because the North Pole is a dark sinkhole of exclusion, lack of acceptance, and bullying.