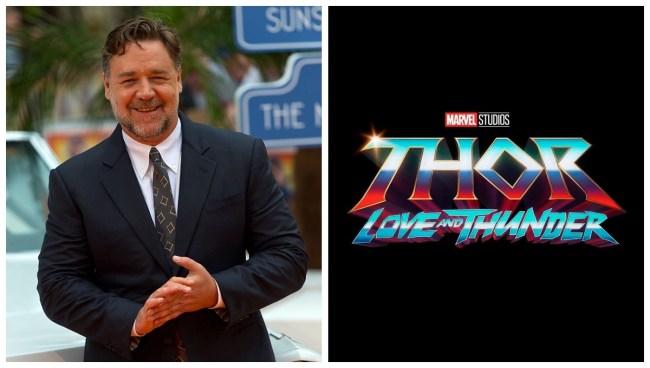 Following the franchise-saving Thor: Ragnarok, director Taika Waititi and the gang are reuniting for the fourth film in the Thor franchise, thus making the God of Thunder the first MCU character to star in four solo outings (Iron Man and Captain America each starred in three). Waititi’s inclusion is absolutely key to my excitement, as prior to his directorial effort, the Thor franchise was inarguably the MCU’s worst.

Not only are Waititi and his trademark style returning, but Marvel has unsurprisingly assembled an absurd cast. In addition to the returning Chris Hemsworth and Tessa Thomspon, Thor: Love and Thunder will also feature Academy Award winner Christian Bale as Gorr the God Butcher, Chris Pratt as Star-Lord, Dave Bautista as Drax the Destroyer, Pom Klementieff as Mantis, Karen Gillan as Nebula, Jeff Goldblum as Grandmaster, the return of Academy Award winner Natalie Portman as Jane Foster, and finally, Academy Award winner Russell Crowe as Zeus! (Actually, the insane cast list doesn’t stop there, as Matt Damon and Melissa McCarthy are also set to pop up in cameo roles). 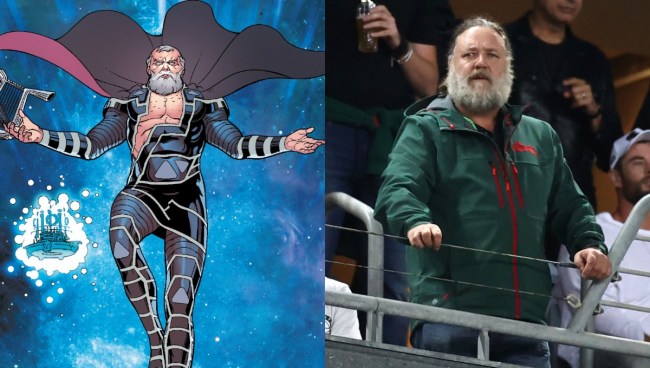 While Crowe’s role was previously being kept under wraps, the iconic Australian actor recently revealed his casting as Zeus during an interview on Austalia’s JOY 94.9 FM.

“I’m going to get on my bicycle. I’m going to ride up to Disney Fox Studios and around about 9:15, I shall be Zeus! It’s for Thor. It’s my last day of Zeus-ing about, and I’m going to enjoy it,” Crowe teased.

Russell Crowe confirms that he will be portraying Zeus in #ThorLoveAndThunder pic.twitter.com/5aq9yYJBWh

Based on the Greek god of the same name, Crowe’s introduction as Zeus could actually represent a massive tipping point in the MCU. In Marvel Comics, Zeus belongs to a race known as The Olympians, which gives the character powers on the cosmic scale, equal to that of Galactus, the Celestials, and the soon-to-be-introduced Eternals. With both the Eternals and Celestials set to debut in November’s Eternals, which is just a couple of months prior to Thor: Love and Thunder, perhaps Crowe’s Zeus will be used to connect the two films and further establish the Eternals in the current MCU timeline (the actual plot of the film will span 7,000 years).

At this time, Thor: Love and Thunder — which is currently in production over in Australia — is set to hit theaters in the United States on Friday, February 11, 2022.