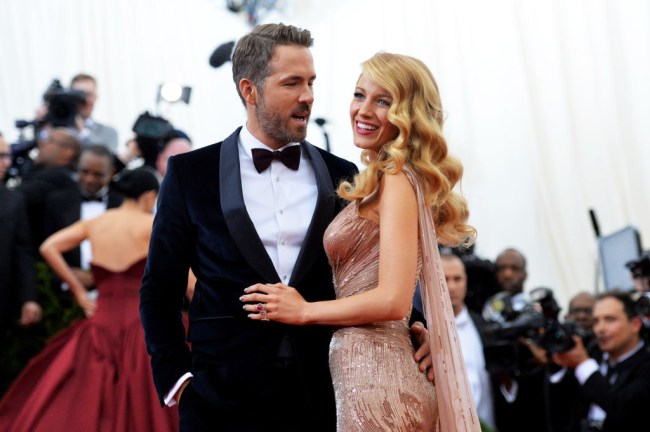 Ryan Reynolds has come a long way since he starred in Van Wilder: Party Liaison and Harold & Kumar Go to White Castle. The big-time Hollywood actor has been in several comic book movies including Green Lantern, X-Men Origins: Wolverine, and Deadpool. But to be in these superhero movies, Ryan Reynolds needed to get in superhero shape. The trainer who got Reynolds into unbelievably rock-hard shape for the two Deadpool movies shares some of his fitness and diet secrets.

Celebrity trainer Don Saladino has helped Ryan Reynolds sculpt his body into an Adonis-like figure as well as his wife Blake Lively. The celebrity trainer, who is no slouch himself in the muscle department, reveals that the regular Joe and celebrities have to work at getting toned. “Everyone fights the same fight,” Saladino says.

Saladino appeared on Slate’s How To podcast this week to divulge some of his tips on getting into the best shape of your life.

Saladino advised that people shouldn’t overexert themselves when they first start working out. He points out that “you’re better off going at 80 percent” than “training at a Level 10 two out of seven days a week and then falling off the wagon because you’re just exhausted.”

Saladino advocates “creating tension through a barbell, a dumbbell, a cable, a kettlebell, a sandbag—there’s just so many ways to create resistance.” He points out that “duck walks, suitcase carries, and Zottman curls” helped Reynolds get ripped for his role as Deadpool.

“Notice how I’m creating tension with my free hand during every press. When we press or pull an object, the force of the press needs to get transferred into the ground,” Saladino said in an Instagram post. “Creating tension enables me to increase strength on my push or pull. Since strength is a skill, this will take some getting used to, but I highly recommend this tension technique.”

The trainer to the celebrities also stressed getting at least seven to nine hours of sleep a night. “If you’re not in that range for a long period of time, hormone levels are going to just start plummeting. Testosterone levels, cortisol levels (the stress hormone in the body)—everything is going to start getting out of whack to burn fat, energy levels, repair, recovery, all that,” Saladino explained. “When you wake up and you feel great, you want to do more.”

Getting plenty of sleep was a major point in his interview last year with the Daily Mail.

“Sleep is how we repair our hormones so that we’re functioning optimally during our workouts,” Saladino told the Daily Mail. “You burn calories at rest and when you get proper sleep, your energy levels are better. So you’re more active during the day. I make sure I’m in bed by 9pm every night.”

Saladino outlined the “palm, fist, thumb rule” for portion control and a healthy diet. “Your protein source should be roughly the size of your palm, your carb source could be your fist, and your fat source could be your thumb—oils or nuts, seeds, whatever it is,” Saladino told Slate.

Saladino recommends eating a balanced diet and consuming three square meals a day to keep your blood sugar levels from spiking throughout the day.

Saladino also shared a never-before-seen photo of a very ripped Ryan Reynolds as proof of his training expertise.

You can read more of the interview over at Slate or listen to the entire conversation on the How To podcast.