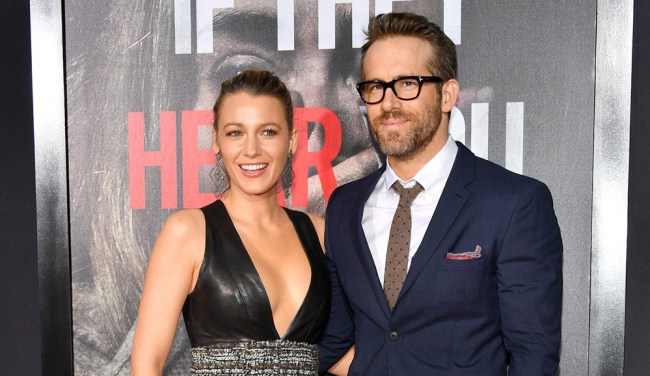 “Sleep is how we repair our hormones so that we’re functioning optimally during our workouts,” Saladino told Daily Mail Online. “You burn calories at rest and when you get proper sleep, your energy levels are better. So you’re more active during the day. I make sure I’m in bed by 9pm every night.”

In fact, Saladino says he had one client he had who added 90 extra minutes of sleep to his daily routine with no change in diet or exercise and lost 10 pounds.

“When I meet with my clients, the first thing we talk about is sleep, then stress levels and then we go into nutrition,” said Saladino. “The exercise we leave for last because that’s the easiest thing to take care of.”

Of course sleep alone won’t get you into Ryan Reynolds shape. That takes a lot of work. But Saladino did offer some suggestions that anyone can follow.

With regard to diet, he suggests avoiding white sugar, white flour, and white bread. He also prefers that his clients not have wheat or dairy, but says if that’s not realistic he will incorporate them into a diet plan.

As for exercise, Saladino says there is a misconception that you use cardio for fat loss and weight training to build muscle.

“Toning and fat burning are very similar. We actually need a lot less cardio than people think,” he claims. “Ryan Reynolds, for example, he weight trains and resistance trains, you never see that guy on the treadmill.”

Two of his go-to exercises are loaded carries, jumping rope and sledding – exercises that burn the most calories at rest, aka the “afterburn.”

Hard to argue with his results.

Want to learn even more about how other famous people train? Peep these workouts and diet plans…