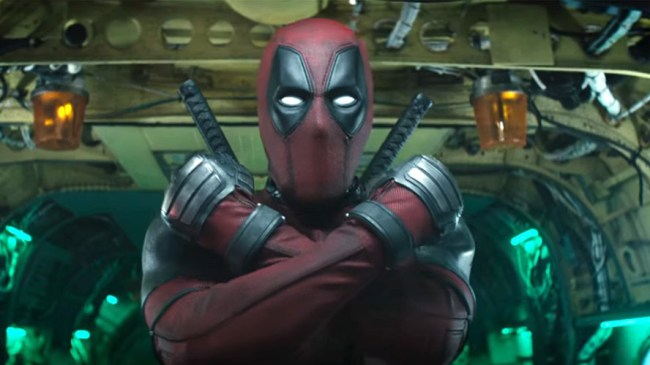 In his continuing effort to somehow top the incredible marketing that was done for the first Deadpool movie, Ryan Reynolds just released a letter to his fans mocking Avengers: Infinity War.

As you may recall, just prior to the premiere of Infinity War, the directors of the movie, the Russo brothers, got the hashtag #ThanosDemandsYourSilence trending when they wrote a letter to fans asking them not to spoil the movie for others.

Here’s what they wrote…

To the greatest fans in the world,

We’re about to embark on the Avengers: Infinity War press tour. We will be visiting fans all over the world screening only a limited amount of selected footage from the film in order to avoid spoiling the story for future viewers.

We will not screen the film in its entirety until the Los Angeles premiere shortly before the film’s global release. Everyone involved with the film has worked incredibly hard for the past two years maintaining the highest level of secrecy. Only a handful of people know the film’s true plot.

We’re asking that when you see Infinity War, in the coming months, that you maintain that same level of secrecy so that all fans can have an equal experience when they watch it for the first time. Don’t spoil it for others, the same way you wouldn’t want it spoiled for you.

They even went so far as to release a video asking people not to spoil the film.

Never one to miss a trolling opportunity, Ryan Reynolds also just released a letter to Deadpool fans asking them not to reveal any spoilers about Deadpool 2… sort of.

Here’s what he wrote…

To the greatest fans in the whole universe.

We have embarked on the “Deadpool 2: This Is Kind Of Your Guys’ Fault” World Tour. Almost everyone in the film has given Maximum Effort the past two years maintaining the highest level of super secrets, like how David Blaine catches bullets in his mouth. And the secret blend of 11 herbs and spices in Colonel Sanders’ delicious moustache.

Only a handful of people know the film’s true plot. One of them is not Ryan Reynolds. We’re asking that when you see Deadpool 2 you don’t say a fucking word about the fun shit in the movie. Cause it’d be super lame to spoil the fact that Deadpool dies in this one. Kidding. Not kidding. Kidding?

That’s a A+ hashtag right there, folks. Also note the subtle dig at 20th Century Fox in the upper lefthand corner of the letter.