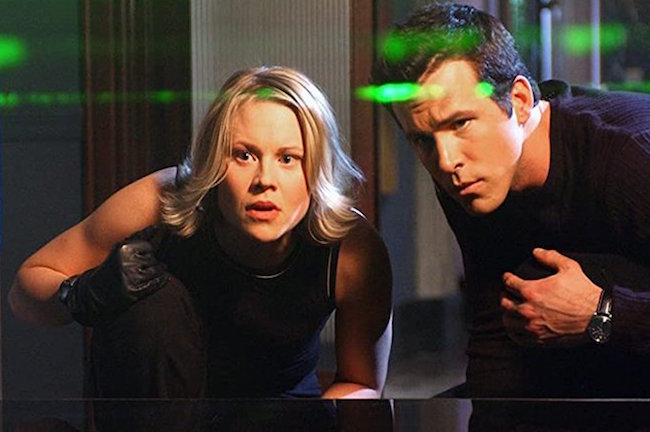 Ever since Netflix introduced the masses to the concept of streaming back in 2007, the various services that have recently begun to propagate like a waterboarded Gremlin have ushered in a new era where physical media has taken a backseat to massive digital libraries that allow you to access basically any title you desire by hitting a few buttons.

If Blockbuster had somehow figured out a way to survive in a world where you no longer have to leave your couch to track down a particular title, it’s likely the death blow it suffered courtesy of the competitor it could’ve bought for $50 million would’ve been delivered by the pandemic that has made streaming services a more valuable asset than ever. When you consider how miserable the majority of 2020 has been, it’s hard to imagine how unbearable it would’ve been without Netflix, Hulu, not Qubi, Amazon Prime, and all of the other platforms offering easy access to much-needed distractions.

Tens of millions of people have abandoned cable in favor of the various streaming services that offer infinitely more choice with infinitely fewer ads for what was at least initially a much lower price tag. With that said, we’ve gradually reached a point where the sum of the various subscriptions required to access content that used to be fairly consolidated has begun to rival a basic package thanks to the upstarts that keep popping up.

On Wednesday, Ryan Reynolds revealed that yet another streaming service has entered the space in the form of Mint Mobile +. Thankfully, you won’t have to shell out any of your hard-earned cash to take advantage of what it offers, which makes sense when you consider its catalog includes the 2003 heist flick Foolproof and literally nothing else.

I strongly urge you to take a peek at the website if you neglected to click the previous link, as it looks like your typical streaming platform only every single option is just a different title card for Foolproof.

This might just be a stunt for a wireless company but I’ll be damned if Ryan Reynolds isn’t the most brilliant marketing genius on the planet. He’s completely taken advantage of the hilarious, sarcastic persona that he exudes in many of his roles and applied it to his business endeavors—most notably Aviation Gin, which has produced some fantastic ads capitalizing on the cultural zeitgeist by recruiting Andy King after his wild Fyre Festival anecdote took the internet by storm and tapping the actress from the infamous Peloton commercial for another role after the ad went viral for all of the wrong reasons.

If I had a glass of said gin right now, I’d definitely toast Reynolds for all the laughs he’s provided in the name of commercialism. I can only hope this will eventually lead to him producing every single ad to air over the course of a single Super Bowl, an idea I need to see happen now that I’ve realized it’s technically possible.