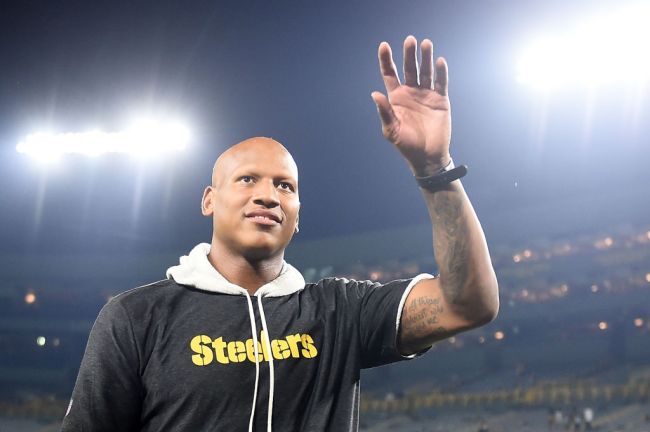 When it comes to guys in the National Football League that are easy to root for, there are arguably none who embody that notion more than Pittsburgh Steelers linebacker Ryan Shazier.

The 28-year-old linebacker, who played his college ball at Ohio State University, was one of the best at his position after being drafted in the first round of the 2014 NFL Draft, having made the Pro Bowl in 2016 and 2017. That 2017 season, however, was cut short by tragedy after Shazier suffered a life-changing back injury in a December 4 game against the Cincinnati Bengals.

While the initial scene was horrific and the subsequent months were undoubtedly difficult, Shazier walked onto the AT&T Stadium stage with his fiancée during the NFL Draft just five short months later to announce the Steelers’ pick. Another six months after that, he was jogging again, not even a year after his injury. As I said, the guy is easy to root for.

So, while Shazier’s NFL playing career may be officially ending today, there’s no question that he’ll be successful in whatever he chooses to do next, as that sort of undying willpower is a rare and defining quality that not many people can say they have.

“When I was 5 years old, I made the greatest discovery of my life. I discovered the game that I love — the game of football. Ever since then, I’ve given my life to the game. I love everything about it,” Shazier said in a video posted to Twitter.

“Football gave me everything I ever wanted and more. It taught me about hard work, dedication, teamwork. It took me to college and the NFL. It made me money and gave me a life most people could only dream about. I’m here today to make sure the world knows how much I still love football, how grateful I am for everything football gave me. And I’m here to let the world know that today I am officially retiring from the game I love so much.”

Good luck in whatever you do, Ryan, we’ll all be rooting for you, still.