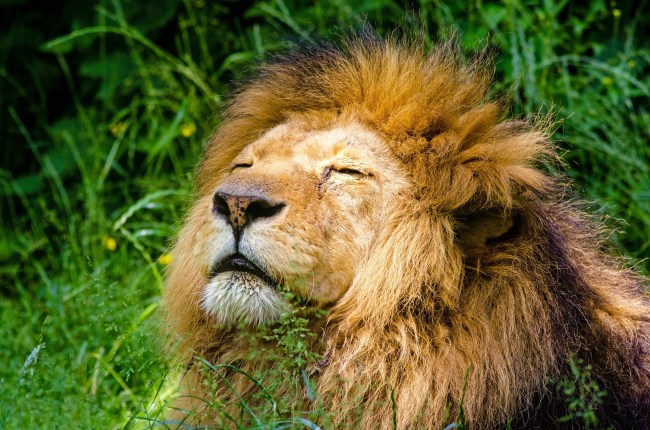 I live down the street from some lions. I know that might sound strange but it’s a ‘rescue zoo’ full of exotic animals not too dissimilar from the ones owned by Carole Baskin and Joe Exotic. At least once a month I can hear the lions roaring in the morning as I’m walking my dog and in that clear morning air it sounds like they’re 50 feet away and my life is about to end.

How anyone could reach out and touch a wild lion on safari is beyond me. I have a healthy fear of borderline domesticated lions that live a mile away just from hearing them roar once a month. This dude was literally close enough to reach out and touch the lion but somehow didn’t even stop to think that the same lion could end his life in a matter of seconds.

Fortunately for the tourist, the lion only fired a warning shot. He could’ve easily ended that man’s life if he wanted to but the lion instead chose to teach that guy a lesson in this short clip from Maasai Sightings. I’ve also pulled some more terrifying safari clips below as I haven’t been to that YouTube channel in quite some time and thoroughly enjoyed getting caught up:

Not a smart man.

So, uh, if you have a weak stomach for nature videos you might want to not hit ‘play’ on a few of these clips below. In this first one, a large male lion shows the lioness how to handle hyenas:

In this non-lion clip, we see a honey badger give a turtle the business:

I’m not sure how I got sucked down this rabbit hole of Maasai Sightings videos today. I think I”ve reached that stage of being unable to travel for so many months I’m not living vicariously through YouTube. I need to book a trip soon. Just knowing that there’s an exotic trip on the horizon is a distraction I could use right now.